Pakistan is a country of hidden tourism spots. The Khewra Salt Mines are one of the more popular treats that the country has to offer to both local and foreign visitors. Located in Khewra, in the Jhelum District of Punjab, the salt mines attract over 40,000 visitors a year. They are the second largest salt mines in the world and the oldest in all of Asia.

A tour of the mines takes approximately 1.5 hours. The weather inside the mines will be pleasant regardless of what season you visit. In the summers the mines are cool and in the winters they feel warm. It’s a good idea to wear proper walking shoes when taking the tour to avoid discomfort. Make sure to bring your camera or camcorder to record memories of your visit. Also bring a bottle of water to sustain you throughout the tour. 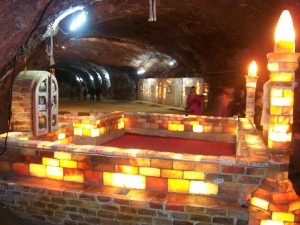 There are many different sights to see within the salt mines. The salt itself has beautiful colors which include transparent, red, pink, and white shades. The formations of the minerals on the ceiling and elsewhere are guaranteed to be eye candy. The curators and artists have also created structures for the viewing pleasure of the visitors. Below are a few of the major structures to see when you visit the Khewra Mines.

Badshahi Mosque: In the main tunnel of the salt mines is a mosque made of salt bricks from the mines. The salt bricks have been made from different coloured salt and are illuminated with light bulbs placed strategically throughout the mosque walls. This is an exceptional work of art which displays the beauty of the salt that is excavated from the mines.

Replicas of World Monuments: The main tunnel displays stunning replicas of world monuments. These include ‘The Great Wall of China’, ‘Minar-e-Pakistan’, ‘Mall Road of Muree’ along with others. Again, the artists have done a beautiful job of lighting these monuments up to display the colourful beauty of the salt.

Salt Fountain: There is a natural salt formation which looks like a flowing water fountain. This has been marked by the curators of the mines as the ’Salt Fountain’.

Brine Ponds: Because of the extreme high saturation of salt in the ponds, these fascinating underground ponds are sometimes referred to as the ‘Dead Ponds’. Though visitors are not allowed to go near the water for their own safety, they add an extremely mystical attribute to the ambiance of the mines. There are many different ponds which can be difficult to see in the dark, however a few have been illuminated for easy viewing.

Facts and Figures of the Khewra Salt Mines

Below are some fascinating facts and figures about the Khewra Salt Mines: 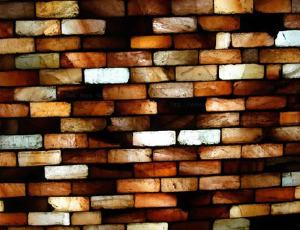