In recent years, tourism in Pakistan has become increasingly popular.  Thanks to its diverse cultures, beautiful landscape, and interesting attractions, Pakistan draws more people than ever.  In 2007, the Prime Minister launched the “Visit Pakistan” marketing campaign to promote the country’s unique cultural heritage.  The campaign organized various events throughout the year, including fairs, religious festivals, regional sporting events, and the opening of several museums.   In 2009, The World Economic Forum’s Travel & Tourism Competitiveness Report ranked Pakistan as one of the top 25% tourist destinations for its World Heritage Sites – proof that the Prime Minister’s campaign was at least somewhat successful.

Situated in the heart of the South Asian sub-continent, Pakistan was the site for one of the world’s earliest human settlements.  The Indus Valley Civilization was filled with different cultures, religions, and political empires.  This fascinating heritage is one of the many reasons tourists visit Pakistan, but it is certainly not the only one.  Exciting adventure attractions, varied and plentiful animal life, historical ruins and monuments, and beautiful scenery are just a few of the many reasons to visit Pakistan.

Northern Pakistan boasts one of the most unique geographical features in the world with three stunning mountain ranges – Karakoram, Hindukush, and Himalayas.  These picturesque mountains and valleys lure countless visitors every year; in particular, the Ziarat valley – located near the city of Quetta in Baluchistan.  The Juniper forests, the second biggest in the world, are the main source of the lush green landscape of the Ziarat valley.  Some of the trees in the Juniper forest were planted some 5,000 years ago, making it one of the oldest Juniper valleys.

Pakistan is home to a rich variety of flora, fauna and animal life.  The mountain ranges feature alpine meadows and coniferous forests, leading down into desert plains, coast line and wetlands.  All of these areas offer an amazing array of vegetation and wildlife.  You’ll see dozens of species of birds, mammals, reptiles, and fish.  The Indus Blind Dolphin is one of the most famous inhabitants of Pakistan waters, which you may catch site of on a boat safari.

Boat and jeep safaris are only the tip of the iceberg when it comes to attractions and excursions available in Pakistan.  Kayaking, hiking, white water rafting, camel and yak safaris, bird watching, mountaineering, wild boar hunting, and fishing are all offered here.

At the Ayubia National Park, enjoy spectacular scenery as you hike through the mountains.  You’ll see hundreds of wild flowers and butterflies, as well as incomparable views overlooking Kashmir and Abbottabad.  To see more than 70 species of waterfowl and 40,000 birds, take a trip to the fresh water lakes of Haleji and Keenjhar in the district of Thatta.  Observe flamingos, ducks, pheasants, pelicans, and herons in their beautiful natural habitats. 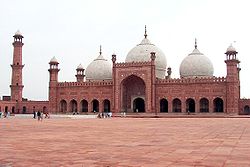 Other hot spots for tourists include the Chaukhandi Tombs, Ghadhara ruins, Badshahi Mosque, The mausoleum of Shah Rukne-e-Alam, Buddhist ruins, and other archaeological ruins.  In addition to the Indus Valley Civilization, many other civilizations – Greeks, Central Asians, and Persians – left sites for us to explore.

Tourism is a growing industry in Pakistan.  With an increase in foreign investments and funding, Pakistan was able to build major road and air networks to better handle mass movements of cargo and inner-city travel.  Pakistanis continue to petition the government to take tourism seriously, and increase funding and protection of tourist attractions.  With more advertising and better support of the tourism industry, Pakistan stands a good chance of becoming an even more popular vacation destination.

Terrorism and a law and order problem have negatively impacted Pakistan’s tourism industry.  Although thousands of travelers still visit Pakistan annually, recent years have seen a drop in numbers.

The militancy in Pakistani’s scenic sites dealt a crushing blow to the tourism industry, although after these areas were cleared of militant groups in 2009, a campaign to reintroduce tourism was organized by the government.  Tourism is still limited because of a lack of proper infrastructure and the undependable security situation throughout the country.

Pakistan earned 16 billion rupees (approximately $200 million US) from 800,000 visitors in 2007.  Less than 400,000 tourists came in 2008, bringing in only 8 billion rupees.  “Terrorism halved our receipts from tourism last year,” tourism minister Ataur Rehman told AFP.  “People are not coming from the rest of the world as they have been advised by their governments not to go to Pakistan.”

After many years of turbulent war, Pakistan remains an area that is still unsettled and unpredictable.  Pakistan is a land rich in culture and history, but precaution should be taken to ensure your safety as you travel.