Aircraft hijacking is also known as skyjacking or sky controlling. It is an unlawful takeover of an airplane by an individual or a group, usually for fulfilling their demand or demands. While in a hijacked state, passengers are under constant threat for their lives. Hijackers usually take the plane to a destination of their choice and from there often negotiate or begin their series of threat. There have been many hijacking incidents and every airline is under a possible threat of it. They need to be prepared in managing such untoward situation on flight with effective teams for air travel safety. Here is a list of airline hijacking incidents involving Pakistan with photos and summaries of each. 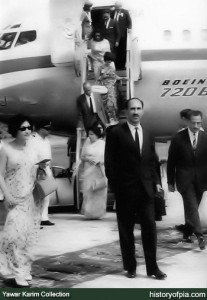 PIA Flight was a plane that had 22 passengers onboard. The flight number details are not available. It was hijacked by a gunman on January 20, 1978, who demanded that the plane to be taken to India so that he can have his cancer treatment. Air Marshal (Retd.), Nur Khan, who the Managing Director of PIA at the time, himself went on the plane to negotiate with the hijacker. When Air Marshal Khan was trying to disarm the hijacker, he was fired upon by him and was hit by a bullet. Despite the injury, he was able to overpower the hijacker and made him surrender. 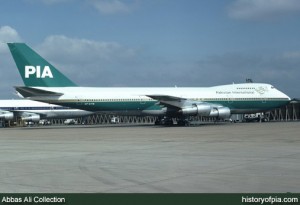 The flight number details are not available, but the PIA Flight of a jumbo jet from Islamabad to Karachi on March 2, 1978 was attempted at by a man to be hijacked. But three passengers jumped at him during which a grenade went off. That resulted in the hijacker losing his arm and also wounding those three passengers. The hijacker was immediately overpowered and hanged in 1979. 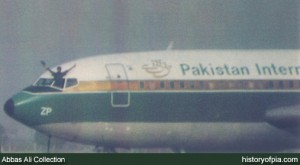 PIA Flight 326 was a Boeing 720-030B carrying 132 passengers and 9 crewmembers from Karachi to Peshawar that was hijacked by three men while in air on March 2, 1981. The hijackers asked that the plane be taken to Kabul, Afghanistan along with a release of 92 political prisoners from different jails in Pakistan. The saga continued and on March 7, almost after five days, 29 hostages including women, children and sick men were released in Kabul.

The President of the time, Zia-ul-Haq was not willing to compromise at all, which is why they shot a Pakistani diplomat Tariq Rahim in front of other passengers and then threw his body onto the tarmac. Then after two days, on March 9, the hijackers asked the plane be flown to Damascus, Syria. The hijackers threatened to blast the whole plane. Then the hijackers agreed through negotiations that they would settle for just 55 prisoners, but along with this they conditioned that they would kill three Americans onboard the flight.

Then on March 14, the turmoil was finally over when this led Zia-ul-Haq to give in and he ordered the prisoners to be flown to a sanctuary in Libya. But then Libya later changed its decision about granting asylum to hijackers and their friends. Syria then finally agreed to do so.  These 13 days made it at the time the longest hijacking case in history. PIA is said to have discarded the plane on April 1981. It was put on a brief display at Karachi’s Jabees Funland Park in New Clifton, but then later it was removed from there and sold to scrap metal dealers. 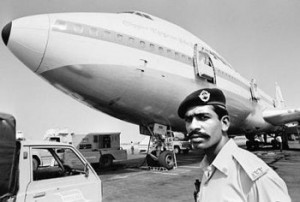 Pan Am Flight 73 was a Pan American World Airways Boeing 747-121 and was hijacked by four armed men of the Abu Nidal Organisation on September 5, 1986 while having a stopover at Jinnah International Airport in Karachi. The four hijackers were dressed as Karachi airport security guards and were armed with assault rifles, pistols, grenades, and plastic explosive belts. They came in through a van that was made to look like an airport security vehicle.

The airplane had arrived from Sahar International Airport in Bombay. It was to have its last stopover at Frankfurt Airport in Frankfurt am Main, West Germany and from there its destination was to John F. Kennedy International Airport in New York City, United States. Through an intercom the flight attendants were able to alert the cockpit crew of the hijacking taking place on the plane. The pilot, co-pilot and flight engineer escaped through an overhead hatch in the cockpit in order to ground the aircraft, which means that the hijackers would not be able to make the plane fly to the destination of they want to take it.

The U.S. Special Operation Forces’ Delta Force wanted to take matters into their own hands by launching an assault. But Pakistan negotiated with the United States and the SSG (Special Service Group) Division and Army Rangers were put on high-alert. The Shaheen Company of the 1st Battalion of the Pakistan Army’s SSG were employed to take charge of the operation. Pakistani commandos headed by Brigadier-General T.M. Shah counter-attacked the hijackers when they opened fire out of desperation of having accomplished nothing but death at their hands. The rest of the passengers fled the aircraft through emergency exists. 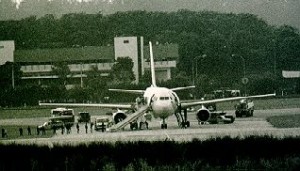 Singapore Airlines Flight 117 of Airbus A310-300 was hijacked on March 26, 1991 by four male passengers who claimed to be Pakistanis during its flight to Singapore. The flight took off from Sultan Abdul Aziz Shah Airport near Kuala Lumpur, Malaysia and did reach its destination at Singapore Changi Airport.

The hijackers asked that their demands be met or else they would start killing hostages onboard. The demands that the hijackers had was release of former Prime Minister Benazir Bhutto’s husband, Asif Ali Zardari, who is currently the President of Pakistan. The hijackers claimed to be members of Pakistan Peoples Party (PPP). They demanded that the plane be refueled so that it could be taken to Australia.

But the Singaporean commandos of the Singapore Special Operations forces stormed the plane and killed all the hijackers within 30 seconds. There were 114 passengers, none of whom were hurt, but there were 9 crew members, 2 of whom were injured. 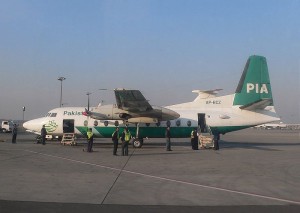 PIA Flight PK-554 was a Fokker F27 that was hijacked by three armed men from Baloch Students Organisation (BSO) on May 25, 1998. The flight took off from Gwadar International Airport and had 33 passengers with 5 crewmembers. The flight had a last stopover at Turbat Airport and was destined to land at Hyderabad Airport. The hijackers wanted the plane to be taken to New Delhi, India. The pilot asked for permission from the Indian Government and this conversation was caught on by Pakistan Air Force (PAF). The pilot however refused on the pretext that the fuel is not sufficient for such a journey.

In the meantime, he pretended to be near Bhoj, India, and instead contacted Hyderabad Airport General Manager. The hijackers thought that they have crossed over to India listening to this conversation. PAF interceded and then asked the plane to be landed where it was supposed to, in Hyderabad. The Army’s Special Service Group’s Haideri Company, the 7th Commando Zarrar Battalion along with the elite members of the Army Rangers stormed the aircraft and the Pakistan Police surrounded the plane. The operation was successful and the hijackers were captured and sentenced to death in Pakistan.

None of the passengers or crewmembers got hurt. The hijackers were identified to be Iranian-Balochs who were travelling under false names. The hijackers claimed to be armed with guns and high intensity explosives. The reason they hijacked the plane was because of their opposition to any nuclear test in Balochistan, which eventually were carried with success on May 28, 1998. 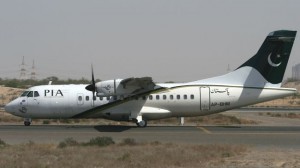 On April 27th, 2012, PIA Flight PK-586 was a Boeing aircraft that had 50 passengers and 5 crewmembers on a flight from Karachi to Bahawalpur. On April 27th, 2012, a passenger named Ahmed Javed Ansari got into an argument with an airhostess and then threatened to hijack the plane.

The airhostess informed the captain about the situation and he, taking international safety procedure under such circumstances, flew the plane back to Jinnah International Airport, Karachi.  The flight was into its 20-minute course that the drama happened. After the plane’s safe landing in Karachi, the Airport Security Force (ASF) checked the plane and cleared it. None of the passengers were hurt and the same plane was allowed to make its destination without Javed Ansari who was taken into custody by ASF.

He is a textile engineer who lives in Defence Phase II Karachi and made the claim to hijack the plane as a “joke”. No case was however registered against him by the police, but the investigation is underway.

Sidrah Zaheer likes to read and learn. She is always eager to share her ideas and opinions. She inspires to bring some change in the environment. 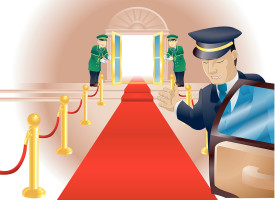