Notoriously enlisted in the annals of corruption, Pakistan is one country that is instantly linked to dirty cases of corruption from the realms of politics to even sports. In order to analyze this rampant moral ailment in the state, studies are compiled and analyses are given forth by senior experts with copious amounts of experience in terms of politics and its history in Pakistan.

Roots of Bribery in Pakistan

Bribery, one of the top most prevailing dilemmas in the state, is defined as: “The offering, promising or giving of something in order to influence a public official in the execution of their official duties.” In a study lead by Sheheryar Banuri, Catherine Eckel, Rachel Croson, and Reuben Kline from the University of Texas, we learn that corruption in Pakistan finds its slimy roots in the long-ago yesteryears of British Rule. Ranked as the 143rd country in the Corruption Perception Index, Pakistan has further spiraled in a destructive downward direction in terms of political transparency and honesty. Who to blame? A set of reasons is offered by analysts who claim that it isn’t Pakistanis who enjoy corruption, it is their colonized history as slaves to a British empire that forces them to co-opt with their opposition and threat with a bucket load of cold cash. 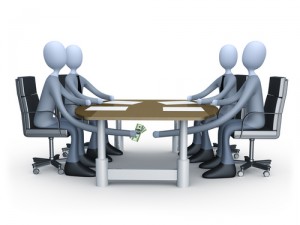 Historically and statistically speaking, the most active participants in corruption include more than four colossal sectors of Pakistan: police and law enforcement, judiciary and legal profession, power sector, tax and customs, health and education and land administration. Political patronage, conflicting interests, peddling of influence and other forms of demoralizing acts are added along with bribery in Pakistan.

According to a survey conducted by Gilani Research Foundation: (54%) of all Pakistanis are against public servants accepting bribes under any circumstances, 16% find it acceptable under compulsion. This proves how corruption has embedded its roots in our society and how people, depending on the situation, are willing to compromise on their principles. Recently a list of frauds and unpopular schemes snaked their way up in mainstream media including the Hajj Scandal, Mehran Bank Scandal in 1994, and other cases against former and current leaders of the Pakistani regime.

This systematic and widespread moral decaying has crushed the judiciary as well; the majority of Pakistanis do not view Pakistan’s justice system above these petty issues. In fact, many citizens firmly believe that the justice system provides anything but justice. In order to curb bribery and other forms of immorality, the National Accountability Bureau was formed to carry out comprehensive tackling of such issues. This was, unfortunately, inhibited by the lack of political support and willingness coupled with the impotent involvement by the justice system. More dismay spread over the country when the National Reconciliation Ordinance of October 2007 granted blanket immunity for all corruption cases in the past. This provided a strong and impenetrable shield for political and official entities that were otherwise open to prosecution. For the past 50 years, political turbulence and insecurity have hovered over Pakistan for what seems to be an unlimited time. An interesting research conducted by the World Governance Indicator reveals that governance under military regime has shown slighter improvement compared to civilian regimes.

Pakistani Anti-Corruption strategies have been adapted to cancel the effect of immorality in the state. An OECD website provides URLs to Pakistan’s corruption related government resources, legislation as well as links to international organizations active in anti-corruption and good governance in Pakistan. They are indeed worth checking out if you, as a citizen, want to know the dirty business of bribery in the land of pure.