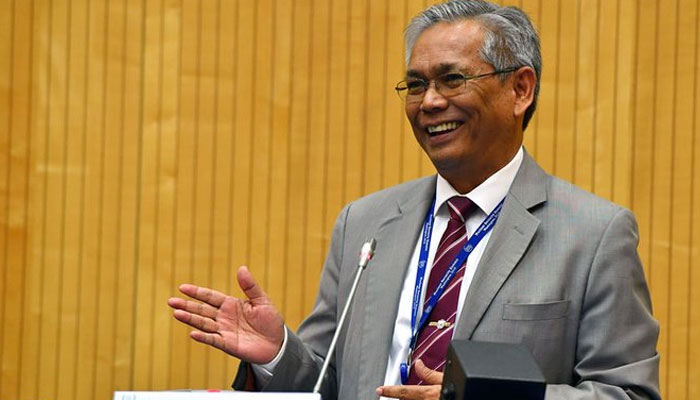 Islamabad has taken concerted steps to follow international best practices recommended by IAEA in light of IAEA-Pakistan Nuclear Security Cooperation Programme which came into effect in 2005. Further additions were made in 2011.

The dignitary acknowledged that beyond routine collaboration, Pakistan also shared its expertise with IAEA through various advisory groups and committees.

The nuclear safety matrix in Pakistan functions under a pyramid from ordinance down till regulatory matters and industrial codes, all of which are drafted in light of IAEA rules. As of 2016, the PNRA had an enforcement staff of approximately 200 inspectors to review nuclear sites in Karachi and Chashma as well as under-construction projects.

It is worth mentioning that recently, the Kudankulam Nuclear Power Plant (KKNPP) in India had been subjected to a suspected state-sponsored cyber intrusion exploiting vulnerabilities in administrative servers.

Annual Report (2018) published by PNRA mentions that the Cyber Security and Digital Safety (CSDS) project of federal Public Sector Develop Programme (PSDP) was approved by the Planning Commission of Pakistan in 2018. The agenda is to strengthen PNRA by making it adaptive to latest nuclear plant designs since analogue Instrumental & Control (I&C) systems are being replaced with digital systems. PNRA aims to license the digitalised nuclear power plants within the country. These efforts are being led by Mr Ali Awan.

Late Mr Amano had observed construction work on two new reactors in Karachi including physical protection measures. He was also informed that both PNRA and PAEC are working in tandem to ensure highest levels of nuclear safety and security.

From April to May 2014, an Integrated Regulatory Review Service (IRRS) Team from IAEA visited Pakistan to assess PNRA’s regime led by Mr Liu Hua of China and deduced that:

“Since its creation in 2001, PNRA has progressively established a regulatory framework covering activities licensed in Pakistan. This includes internal processes to review applications and submissions, and documentation of the basis for recommendation on licensing decision. Although some aspects of the framework remain incomplete, plans are in place to ensure completion“.

Compared to India, the nuclear regime in Pakistan has extremely limited budgetary allocations and resources. However, the professional competency and commitment of PNRA/PAEC staff have so far assured the world community about Pakistan’s edge over its eastern neighbour in nuclear safety and security.