Video games are not only fun to play, but they are also good for a person’s imaginative ability and creative skills. Especially for children, playing video games enhances their ability to think and react as different games cover various plots in which they have to use mental skills. But not all video games are for children and some are even specifically rated as PG or PG-18, which means that they could be played only if parents think it is appropriate and if a child is above 18 years of age.

The reason being not just the complexity of a video game to be understood and played, but also the impact that content of a video game might have on a delicate mind. According to the recent study by the University of Missouri, many newer-generation video games actually tend to show religion in a negative light. Religion has been depicted to be something with violence and wars, less tolerant and more aggressive, with the stories in these video games intertwined in such ways that incorporate these elements. 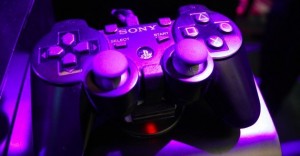 A doctoral student at the University, Greg Perreault, has been researching on the subject of how video games like Mass Effect 2, Final Fantasy XIII, Assassin’s Creed, Castlevania: Lords of Shadow, and The Elder Scrolls IV: Oblivion, are some of those which show religion to be an originator of violence and hatred amongst people. This is in fact, defying basic values of any religion on earth, because all religions, regardless of what their origins have been, teach about tolerance with others. It is one of the fundamentals of every religious doctrine. War has been justified only in dire of circumstances when no other option is available and fighting it off remains to be the only way of achieving a just society. Fighting against evil and not perpetrating unnecessary bloodshed.

The doctoral student submitted his research at the Center for Media, Religion and Culture Conference on Digital Religion. He found that each of these mentioned games, which are quite popular with video-gamers around the world, link religion with the root of the problem. He gave an interview to the website Venture Beat in which he said that he was not deliberately hypothesizing it to be the case, but that during his findings it turned out to be his conclusion. Already there is much tension in world affairs taking religion as the backbone of the contention between different regions and nations. 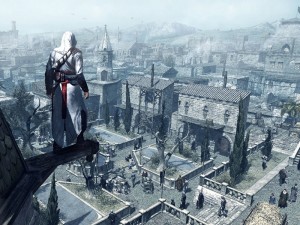 Religion in general, and not just Islam, has become an issue in global discourse with most of its mentions being for negative events rather than something positive that would generate ideas of bridging gaps in the world falling apart. These video games in their storylines go back in history to bring out those days when religious wars were more openly fought with Knights Templar in spirit of the crusade. What is alarming is that in each of these video games, religion created a problem where main character has to fight it off.

When the tools of enjoyment and relaxation, which video games essentially meant to be, become political and religious in their tones, it should be considered an anti-religious propaganda that goes on with subtlety. If preaching religion is indoctrination, then promoting anti-religious attitude is also not promulgation of freedom of choice, which is a basic human right as accepted by all countries in this post-modern world we exist in. Hence, creating such video games should be taken as a criminal offence. The concepts of good and evil, right and wrong, are always ingrained in a person’s mind as an instinct and human nature. But these could be moulded especially during the formative years, which are from 11-19 years of age.

Showing religion in this manner in video games is not something that could be taken as a child’s play or meaningless, but something that could influence beyond fathom. With various characters in these religiously-themed, and not apparently, video games are sometimes on the right side of things and sometimes on the evil and when heroism is bestowed on the ones who kill in the name of religion is where issues blur getting into deep troubled waters. Young children tend to identify with such characters and if they get their minds full of such things, it becomes difficult to learn a new perspective. Video games should be multicultural and made not at the expense of showing a religious historical story just so that it could be successful.