Since independence in 1947, Pakistan has seen an influx of scientists, engineers, doctors, and technicians in the growing field of science and technology. Pakistan is known for possession of strong weapons in the military, a growing base of doctors and engineers, and software engineers.

The first Pakistani winner of a Nobel Prize in Physics was awarded to Dr. Abdus Salam in 1979. In the 1960s and 1970s Pakistani physicists contributed greatly to the fields of theoretical physics, nuclear physics, and other fields.

Noted and influential engineers and inventors include Munir Ahmad Khan, referred to as the “technical father of Pakistan’s nuclear bomb”; Ashraf Choudhary, scientist in agricultural engineering; and Abdul Qadeer Khan, a Pakistani nuclear scientist and a metallurgical engineer, widely regarded as the founder of gas-centrifuge enrichment technology.

IT and Software Industry

PSEB, the Pakistan Software Export Board, was founded in 1995 to promote the IT industry of Pakistan. PSEB facilitates finance, marketing, setup, consultation, and human resources for Pakistani IT companies, negotiates with utility vendors, and establishes offices and IT parks.

Collaborating with the Higher Education Commission of Pakistan has led to an increase in quality graduates. Specialized programs and training, along with internship programs, have led to job placement and permanent employment. PSEB is involved in trade shows, email marketing, foreign communication, and article publication to promote the industry.

Cybercafés can be found on virtually every street corner. Internet access can be obtained easily. Wi-Fi hotspots in Pakistan are located in many hotels, malls, cafes, and restaurants.

Lahore based company, Mindstorm Studios developed Cricket Revolution. The game won the runner up award at the 2010 Cricket Gaming Awards. 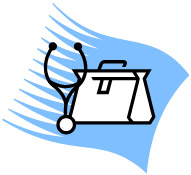 Pakistani doctors greatly contribute to the health sector internationally. About 3,000 doctors immigrate to Western countries annually, adding to the wealth of skill and collective intellect of today’s global health sector.

The government run Pakistan Television Corporation has been the traditionally dominate media. The past decade has seen several private channels for both news and entertainment. Cable TV (including American, European, and Asian TV channels) is now available to much of the population. Radio has seen similar expansion.

Lollywood, based in Lahore, produces of 40 full-length films a year. Indian and American films make it here as well. Indian films are also popular, thought not played in a lot of public cinemas.

Education in Pakistan is of high importance. The country went from only one university at its independence to more than 130 today. There are 730 technical and vocational institutions in the country. Pakistan’s secondary school education system, graduate programs, and advanced degrees are held in high esteem.

At time of independence the literacy rate was 3%. In 2004 47% of Pakistanis were literate. The literacy rate is quickly improving, currently at 55% with education reforms looking to attain a rate of 86% by the year 2015. Pakistani society is largely multilingual, multiethnic and multicultural. Family values are strong and the middle class is growing quickly.

Advancements in science and technology are sure to further blossom in the generations to come.