Clara Arrighi, a Spanish woman recently visited Pakistan even though she did not want to. Her views before and after visiting the country had a 360 degree change.

“When I was told I was going to Pakistan I started to think about all the reasons not to go, how to convince my office not to send me. I did not want to spend the next six months of my life in between mud roads and traffic, dirt and smelly donkeys. I definitely did not want to share my time with radical people, extremists, and walk around all covered”

Her reasons were somewhat genuine. Benefit of doubt should be given to the Spanish woman since this is what the media generally projects about Pakistan. Clara’s concerns were genuine based on what she had seen about the country in the media. 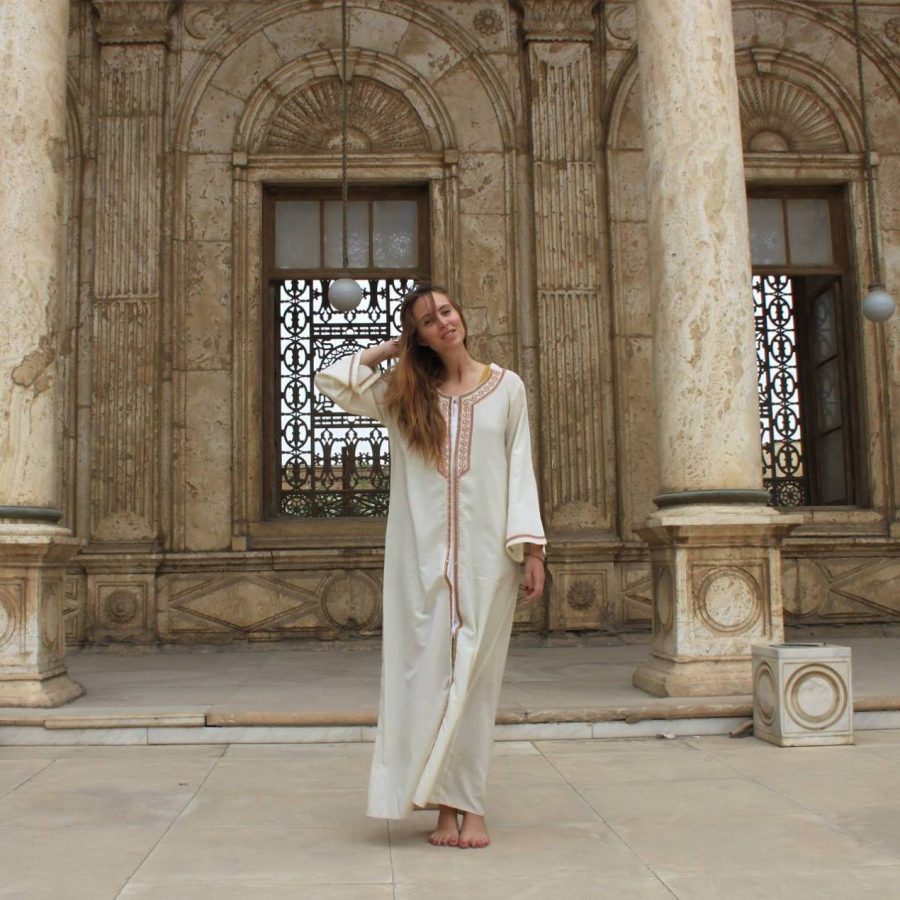 Contrary to the popular belief, Clara was awe-inspired when she left Pakistan after a long visit of 7 months. She was full of praise for the country and her people, the food, the nature and of course the Chai. Clara changed her perception about Pakistan and she was thankful about the opportunity given to her for visiting Pakistan.

An ideal trip for Spanish woman

Clara uploaded a Facebook post on 23rd August that has taken the internet world by storm. She described her 7 month long visit as an eye-opener. Before leaving for Pakistan, she was told:

“Prepare to get sick and food poisoned. You should change your job”

On the other hand, someone told Clara that she would cry twice by visiting Pakistan. The statement read:

“When you go to Pakistan you cry two times. When you are sent there and when you have to leave”

Spanish woman admitted in her post that she indeed cried two times after a long visit. She was left stunned with the beauty, culture and hospitality of the country that she could not stop crying when she had to leave.

“The untouched gorgeous beauty of Pakistan is impossible to describe with words. Everything in this country is untouched; the nature, the culture, the cities. I did not get myself sick or food poisoned at all, but I definitely got myself a bellyache for not being able to stop eating such delicious food! And the mangoes, oh the mangoes”

She also lavished praise for the people of Pakistan and their impeccable hospitality. She stated:

“I have never seen so much hospitality anywhere in the world. Incredibly warm people, genuinely kind. I have never felt so welcomed. There is this tendency to smile. A society that has been for so many years oppressed and still can be so tolerant” 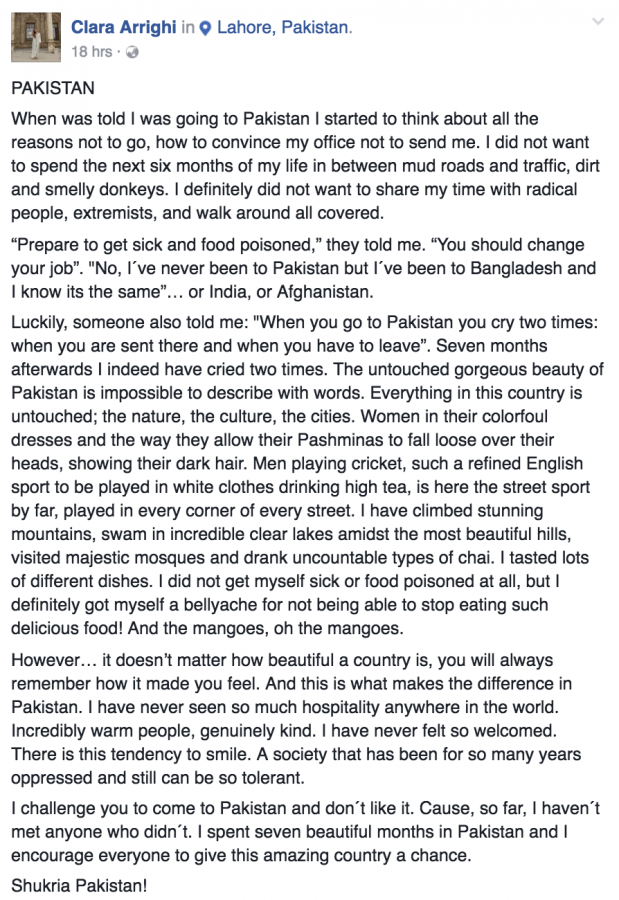 Clara urges everyone to visit Pakistan at least once

In her concluding statement, Clara requested everyone to give Pakistan one chance. She said:

“I challenge you to come to Pakistan and don´t like it. Cause, so far, I haven´t met anyone who didn´t. I spent seven beautiful months in Pakistan and I encourage everyone to give this amazing country a chance”

She ended the post by thanking Pakistan for being kind and hospitable and for changing her views 360 degrees.

The story has been shared by more than 19,000 people. Moreover, it has been published on many different social platforms like Humans of Pakistan.

Do you think this story will help in changing the mindset of individuals who are yet to visit Pakistan?