He who controls the media, controls minds. This rightly quoted line by the iconic singer Jim Morrison is perhaps not given heed by our media persons and organizations, where sensationalism and high ratings become the sole objective. The battle to gain commercials has even deteriorated the moral values and media ethics of our newsmen. However, this impish trend can be eradicated if cognizance is propagated. Since the very inception of 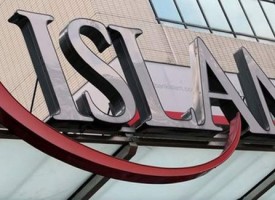 The Commission for Transformation of Financial System (CTFS) was established in January 2000 in the State Bank of Pakistan. It presented Shariah acquiescent methods of financing which encompassed producing lawful structures conductive for functioning of Islamic financial method, initiating a colossal education and teaching package for financiers and their patrons and a real channel through broadcasting for the overall public to generate consciousness about the Islamic financial system. It also

Who would have imagined discovering another natural resource from the depths of Baluchistan? Well Reko Diq begs to differ. Reko Diq is an international standard copper and gold reserve in district Chagai of Baluchistan. The evaluations by enthusiasts and foreign companies alike mention of an un-mined and untouched reserve of exquisite metallic minerals at a worth of amid $250bn to $500bn. A venture that belittles the already running Sui Gas