Pakistan and Oman can help Defuse the Saudi-Iran Standoff

The standoff between two diametrically-opposed ideological regimes in Riyadh and Tehran can be defused if neutral countries like Pakistan and Oman together make concerted efforts to reduce the level of distrust and misconceptions between two important Muslim states which rank among the world’s top ten oil-producing countries.

Historically, Pakistan has tried its best to balance its fragile relationships between Iran and Saudi Arabia. The former is an immediate neighbor which shares its law and order woes in restive Balochistan (Sistan-Baluchestan in Iran). Iran is also a mainland for Pakistan’s Shiite population which accounts for 10-20% of the total population. Similarly, although Saudi Arabia isn’t Pakistan’s neighbor, it is an important strategic ally and home to the two most important sites for Muslims, Makkah and Madina.

Therefore, disrupting the delicate balance in ties with both regional countries is a risk Pakistan cannot even afford to think of. This is because Islamabad’s foreign relations with Riyadh and Tehran have direct impact upon Pakistan’s own internal security situation.

Since its independence, Pakistan has worked hard to foster cordial ties with both the countries in the domains of Trade and Economy, Culture, Military-Security and Religion. An example of Pakistan’s neutrality can be ascertained from the fact that Pakistan condemned any threats to Saudi Arabia’s territorial integrity while also speaking out against the demonization of Iran before the resolution of nuclear issues through P5+1 forum.

Oman is an often ignored little country lying at a prized strategic location on the Arabian Sea, with the Gulf of Oman to its north and Gulf of Aden to its south, two important waterways which connect the Persian/Arabian Gulf to the Red Sea and onwards to the Mediterranean. Although Oman is also part of the Gulf Cooperation Council (GCC) and Arab League, it has the unique distinction of being the most politically neutral Arab country with warm ties to both the Iranian and Saudi regimes.

Ever since Sultan Qaboos bin Said al Said assumed charge in 1970, Oman has maintained a robust foreign policy based on friendly relations with all regional countries based on mutual interest and, most importantly, respect. Sultan Qaboos was the lesser-known point of contact for the Western countries to mediate with Iran over its nuclear issue. Pivotal among Oman’s foreign policy ties with Iran is the shared ownership of the Strait of Hormuz. It is also developing an underwater natural gas pipeline with Iran (80% complete) to meet its growing energy requirements.

The Sultan himself is an adherent to the Ibadi school of thought which is neither Sunni nor Shiite, giving him a privileged status outside geosectarian conflicts and disputes. History can bear witness that Oman neither participated in the Sunni world’s proxy wars in Syria, Libya and Egypt, nor did it support the Shiite ‘Crescent’, part of Iran Revolutionary Guards Forces (IRGC) aggressive foreign policy doctrine. In fact, from time to time, Oman has frowned upon the growing discord within the Islamic world and urged all stakeholders to refrain from aggressive posturing. For example, Muscat had played a key but silent role in settling an islands dispute between the UAE and Iran in the Strait of Hormuz (2014). The Sultanate also refrained from being party to the GCC’s war on Yemen against Houthis, not because it supported the latter but because it prefers staying out of petty conflicts over political disputes. A further sign of Oman’s independent foreign policy approach can be ascertained from the fact that in 1996, the Sultanate signed an agreement with Israel to open trade representative offices in both countries.

Likewise, Oman enjoys good ties with key GCC players such as Saudi Arabia, UAE and Qatar. In 1971, Sultan Qaboos took the peace initiative and visited Saudi Arabia to settle a long-standing dispute over ownership of Al Buraymi with UAE also in the loop. More recently, the Sultanate condemned the attack on Saudi Arabia’s diplomatic missions in Iran. 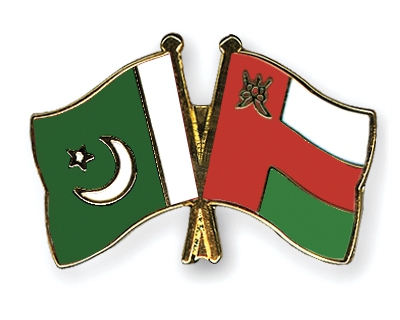 As far as mutual ties between Muscat and Islamabad are concerned, it covers mainly three spheres: Ethnic-Cultural, Military-Security and Trade-Economy. Some highlights of these ties are as follows:

• Oman is home to the third largest concentration of ethnic Balochis. Almost 5 senior Omani government officials including Finance Minister Darwish Al Balushi are Baloch by ethnicity.
• Oman sold Gwadar to Pakistan in 1958 for approximately $3 million.
• From the early 60’s to late 70’s, Pakistan Army had assisted Oman and allied countries in crushing the infamous Dhofar Rebellion.
• In 2008, state-owned OmanTel purchased Pakistani telecom giant Worldcall for $193 million which was its biggest foreign investment at the time.
• In 2011, Oman hosted a private huddle between then Pakistan Army chief General Ashfaq Parvez Kayani and then US Joint Chiefs of Staff Admiral Michael Mullen.
• In 2014, Pakistan Navy and the Royal Navy of Oman held joint maritime drills under exercise Thamat al-Tayyib to strengthen bilateral relations. The same year, the Sultanate said it was recruiting an additional 350 Baloch youth for its state army.
• In 2015, Pakistan Army Lt Gen Najib Ullah Khan (DG Joint Staff) visited Oman for a meeting with Rear Admiral Abdullah bin Khamis al Raisi (Commander Royal Navy of Oman) to discuss issues of mutual interest including talks on how to further the Omani-Pakistan Joint Working Group between armed forces of both countries.

In view of the above, it is clear that Pakistan and Oman have exhibited strategic maturity whenever tensions in the region have flared up from time to time. Both have abstained from jumping into geopolitical bandwagons which sooner or later result in severely negative consequences for the stability of participating countries.

Quaid-e-Azam Muhammad Ali Jinnah, founding father and first Governor General of Pakistan, outlined the salient features of Pakistan’s foreign policy during a message broadcast to the US in February 1948:

“Our foreign policy is one of friendliness and goodwill towards all the nations of the world. We do not cherish aggressive designs against any country or nation. We believe in the principle of honesty and fair play in national and international dealings and are prepared to make our utmost contribution to the promotion of peace and prosperity among the nations of the world.”

With special reference to the Islamic (read “Muslim”) world, the Quaid said:

“The State shall endeavour to preserve and strengthen fraternal relations among Muslim countries based on Islamic unity, support the common interests of the peoples of Asia, Africa and Latin America, promote international peace and security, foster goodwill and friendly relations among all nations and encourage the settlement of international disputes by peaceful means.”

Foregoing in view, Pakistan and Oman can join hands to lead efforts bilaterally or multilaterally (through the otherwise useless OIC platform) to help defuse the growing escalation between Saudi Arabia and Iran in the interests of regional peace in specific and world peace in general. With the increasing dangers of radicalism gaining momentum across the Muslim community, Pakistan and Oman appear to be the only two Muslim-majority countries which are serious in countering the menace of extremism, bigotry and terrorism.