On July 3, 2015, the Express Tribune reported that a mega Chinese firm has expressed willingness to pump almost $50 billion for hydroelectric projects in Pakistan.

China Three Gorges Corporation (CTG), a state-owned power company which was established in September 1993, said it is keen to make this huge investment in Pakistan in conjunction with the International Finance Corporation (IFC), a World Bank subsidiary. It is worth noting that the total Chinese investment announced by the Government of the People’s Republic of China during President Xi Jinping’s visit was $46 billion. Add this latest staggering offer and we have approximately $100 billion worth of investments in Pakistan this year alone!

For the past few years, especially after China’s intentions to materialize the “One Belt, One Road” initiative and support states allied with its interests and mission, the country has been keen on developing infrastructure in countries like Pakistan which is wants to see as a self-sustaining and economically-strong nation.

China aspires Pakistan to be a stable and strong country which will be its primary arm into reaching energy rich Central Asian Republics (CARs), mineral-rich Afghanistan and strategic port of Gwadar. Thus, the regional outreach policy of the People’s Republic of China is an interest multiplier for CTG’s core business strategy. The corporation aims to generate somewhere between 25-30% of its profit from overseas projects.

Chen Fei, General Manager of CTG, once stated that the corporation’s global generating capacity would be 60,000 MW by the year 2020. The primary outreach into Pakistan was carried out once CTG acquired China International Water and Electric Corporation (CWE). The subsidiary specializes in the construction of hydropower projects, besides other communications initiatives such as roads and bridges, power transmission, drainage, etc.

Interestingly, CWE is also involved in manufacturing wind power equipment and its new parent company, CTG, already gave it the contract along with China Huashi Development Corporation to install a 49.5 MW wind farm in Thatta, Sindh province in 2011.

However, there are some legal complications to CTG’s interests. On September 24, 2014, the World Bank announced that it had banned CTG from executing its (World Bank’s) projects for three years because of alleged misconduct in Africa and Southeast Asia. The international lender also banned its subsidiary, CWE and affiliates following an investigation by the World Bank’s Integrity Vice Presidency (INT).

Internal probes revealed massive corruption in CTG and as a result, the corporation’s Chairman Cao Guangjing and General Manager Chen Fei were removed from their positions in March 2014.

It is yet unclear whether the World Bank will permit CTG to undertake this massive energy infrastructure investment in Pakistan because of its ban but reasonably so, the projects in Pakistan are not really “owned by World Bank”, hence it might not be an issue. What still remains to be seen is how CTG will work with IFC in this regard.

The Tribune report cites a report by Water And Power Development Authority, Pakistan (WAPDA) which has identified a potential production capability of 60,000 MW of hydroelectric power. Most interestingly, according to the report, 40,000 MW of this potential capability is located in the ‘Indus Cascade’ region which begins in Skardu, Gilgit-Baltistan (GB) and runs through Tarbela in Khyber Pakhtunkhwa province (KP) which already has one of Pakistan’s largest dams.

If this study transforms into actual investments, GB will benefit from massive Chinese investment, including job opportunities for locals. Most importantly, the construction of hydroelectric power generation facilities in GB will strengthen Pakistan’s resolve to support the people of GB and set firm strategic presence against a hawkish India which has long claimed the province as so-called “Indian territory”. The confidence reposed by GB’s citizens from this massive investment will prove crucial in further solidifying Pakistan’s strategic partnership with China in the north. In the near future, similar investments could also be carried out in Kashmir.

And so it will. The Tribune report notes that the Government of Pakistan seeks Chinese funding for the 969 MW Neelum-Jhelum power project in Azad Kashmir. Costs rose from $1.8 billion to $4.2 billion because of fund delays from “Islamic” and other Arab donors.

Pakistan’s so-called “Muslim brothers” i.e. Arab lenders to the project, involving OPEC, Islamic Development Bank, Kuwait Fund for Development and Saudi Fund for Development have stopped funding and demanded performance guarantees in exchange for more funding. The logical question is, how will work carry on if there is nothing to fund it with in the first place?

China’s exemplary all-weather friendship with Pakistan is already here for rescue and relief. The Chinese state policy of encouraging economic development in partner countries for strong strategic alliances is a role model for other countries who are good in Public Relations but not very helpful as far as providing genuine help is concerned.

It must also be kept in mind that once Pakistan formally enters the Shanghai Cooperation Organization (SCO) this year, the prospects of this and other such gigantic investments increasing to make Pakistan an ‘Asian Tiger’ will not be too distant a dream! 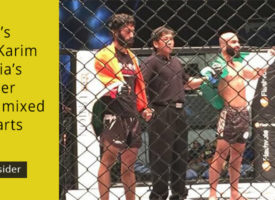 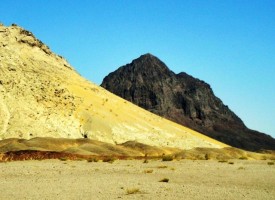 Pakistan – The Other Side?