Germany’s Chief of Army Staff and Defense Minister of the country, Ursula von der Leyen, expressed their keen desire to learn the art of fighting war on terror from Pakistan Army’s experience.

Pakistan’s Chief of Army Staff, General Raheel Sharif, is on a two days official visit in the capital of Germany, Berlin. He met the COAS of Germany as well as the Defense Minister who acknowledged the accomplishments of Pakistan army in war on terror, according to the DG ISPR, Lt-Gen Asim Bajwa. 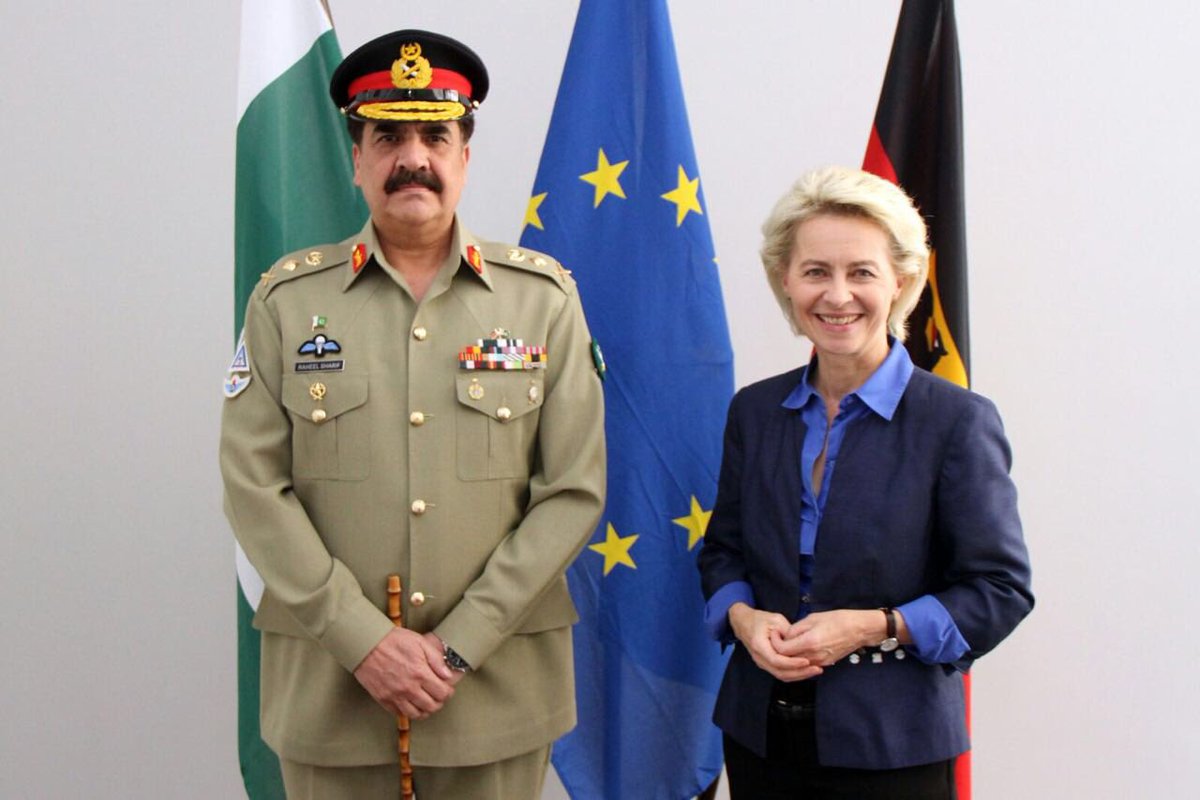 Defense Minister of Germany lauded the efforts and appreciated the consistency and will of General Raheel Sharif to combat terrorism and playing an effective role in eradicating violence from the country. She also exhibited interest to learn from Pakistan Army experience in war on terror.

On his arrival in Berlin, General Raheel Sharif was given a guard of honor at German Ministry of Defense. COAS of Pakistan also met the Army Chief of Germany during his visit.

In a separate meeting with the German Army Chief, COAS of Pakistan discussed bilateral military to military relations and enhanced defense and security cooperation. According to the DG ISPR’s tweet, training exchanges also came under discussion. 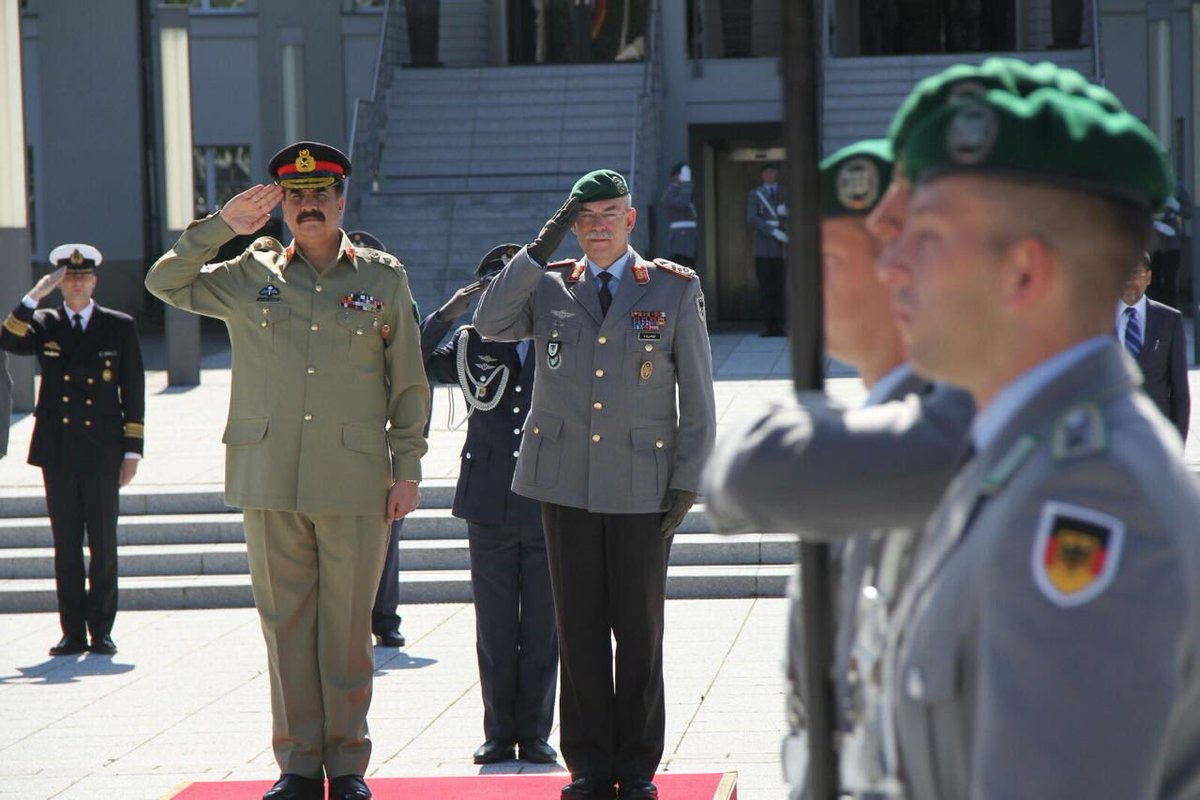 The Army Chief will visit Czech Republic where he will be meeting with political and military leadership after his visit to Germany concludes, according to ISPR.