ISPR has confirmed that arrested Indian agent has been sentenced to death, a press release issued by ISPR on April 10, 2017. It states,” An Indian agent, Naval officer 41558z Commander Kulbushan Sudhir Jadav was arrested on March 3,2016 after a Counter Intelligence Operation from Mashkel, Balochistan, for his involvement in espionage and sabotage activities against Pakistan”. The spy has been tried through Field General Court Martial (FCGM) under Pakistan Army Act (PAA) and awarded death sentence. Today COAS, Gen Qamar Javed Bajwa has confirmed his death sentence awarded by FGCM.

RAW agent Commander Kulbashan Sdhir Jadav was tried by FCGM under section 59 of Pakistan Army Act (PAA) 1952 and section 3 of official Secret Act of 1923. FCGM found Kulbushan Sudhir Yadhav guilty of all charges. He confessed before a Magistrate and the Court that he was tasked by RAW to plan, coordinate and organize espionage/sabotage activities aiming to destabilize and wage war against Pakistan by impending the efforts of Law Enforcement Agencies for restoring peace in Baluchistan and Karachi”.

In the hindsight, however, the whole fiasco started when the security forces in Baluchistan claimed the arrest of a man who was the serving Commander in Indian Navy and deputed to Indian intelligence agency Research and Analysis Wing (RAW), Kulbhushan Jadhav was the man. He confessed in front of the court regarding subversive and espionage activities in Baluchistan causing instability and sectarian violence not only in Baluchistan but in Karachi as well. This claim of Pakistani’s authorities of Jadav being involved in subversive activities was seconded by Jadav himself in front of the court, leaving no ambiguity at all.

However, Pakistan, last year had turned down India’s request to seek consular access to Jadav on the very grounds of subversive activities being carried out.  ISPR head, Lt.Gen. Asim Bajwa, at that time, aired the confessional statement regarding Jadav espionage activities and his adamant admission to involvement in terror activities in Baluchistan and Karachi.

Asim Bajwa, the then head of ISPR, termed the arrest of Jadav as a great victory for Pakistan’s agencies and would lead towards a pathway of stability and progress in the country. He furthered his discourse by stating that Jadav was directly controlled by RAW chief, the Indian National Security Adviser and the RAW joint secretary.

This was termed nothing short then state sponsored terrorism, with the main goal of disrupting the development of the game changing, CPEC, with Gwadar being the special target. There can be no richer evidence of Indian interference in Pakistan’s internal affairs in a wholesome manner. The arrest of such a high-profile army or intelligence officer in another country is nothing short then astonishing, and signifies the nefarious sentiments of the involved country viz. India. Jadav’s confession video played by Gen Asim Bajwa, back then, confesses Indian intelligence agency Research and Analysis Wing (RAW) involvement in Baluchistan separatist activities in Pakistan. 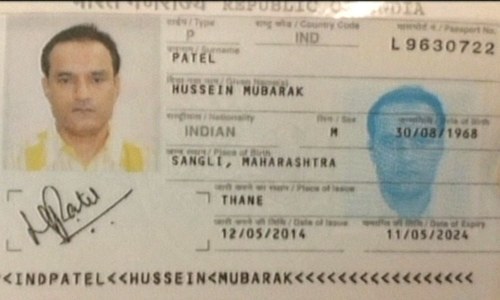 The pertaining question right now at hand is, whether diplomacy could have played a better role than what is at hand right now? And how will the future pan out in an ever changing and volatile environment of world politics, where emerging powers are evolving to take center stage while trying to challenge the decade long status quo prevailing in the world chess board. With India Pakistan’s relationship at its lowest ebb, the so called challenged Kashmir sovereignty is on the line, wonder if diplomacy would play its part efficiently. Even the USA- Russia could conduct spy swaps, back in the cold war arena, the precedent was set, however, not followed accordingly. There are many strategists out there who believe that much more could have been taken out from Jadav then present, conversely, more leverage could have been deployed on the concerned authorities, fostering, Pakistan’s discourse on the world arena. Another song has been sung, stating that Pakistan’s diplomatic efforts had taken a back seat in the UN, while providing dossier to different countries, leading to a more drastic step by the military agencies. It is being termed as a move that would make the world chess board more vigilant while dealing with Pakistan.

However, on the contrary, there is a completely different picture being painted by experts, who, somewhat can be termed as rights or nationalists in nature. Their point of view stretches from the fact that such elements or subversive elements should not be allowed a way out and a stern action is the way to go, not only to give a strong message to India but other foreign agencies for the near future. Pakistani prominent leaders like Asad Omar, Sarfraz Bhugti, Home Minister Baluchistan, and other defense analyst like Ikram Sehgal believe this to be a stepping stone towards being aggressive and formulating a strategy that would go a long way in fostering a strong Pakistan in the eyes of the world, leading Pakistan towards a prominent player in the game of chess at world level. It also signifies that Pakistan has walked a hard-dry road alone from darkness, where internal strife between the political elite and the military establishment would halt national interest taking front seat.

Nevertheless, today’s development would have a lot of repercussions for the coming times, especially in the light of ever growing tensions between Pakistan and India. The past six months have witnessed a stern war of words between the two neighbors, and this adamant move from the concerned authorities would act as fire in the jungle.

Mutual ties between the two nuclear armed states witnessed a un parallel slide after the attack on URI, inside the Indian held Kashmir, which was solely blamed on Pakistan. That has lead towards a down slide in relationship causing rhetorical blunders, prominently from Indian side, demanding stern action from Pakistan. This move in hindsight, can be seen from the same spectrum as well making a lot of sense and rationale as well.

Certain sections of the Indian media are describing this episode as premediated murder. Their opinion comes from the fact that the proceedings that have led to the sentencing of Jadav are ridiculous and farcical in the absence of any concreate and credible evidence available against him. The sterner discourse states that this should be murder in first degree regardless of the facts prevailing.

Though, this was expected from the Indian side, the Pakistani Military authorities should be ready to sustain pressure from all sources and now if the decision has been taken, it should be given an irrefutable culmination.