It was bright sunny day in Sharjah, I was about 10 years old (if memory serves me right) and my family and I had gone to see an India-Pakistan encounter at the Sharjah Stadium. I still remember that day vividly; Wasim and Waqar beginning the Pakistani attack, cheers all around backing their every ball. It was beautiful!

Those were the days when our fast bowlers were the envy of all other cricket selection committees. When you talk about legendary fast bowlers, Pakistan has had its share.  Starting off with Imran Khan, moving on to the two W’s, Wasim Akram and Waqar Younis, then to the mercurial Shoab Akhtar and then more recently, Mohammad Aamir (though I may not approve of his actions, it remains a fact that he is the most talented fast bowler to grace international cricket in the recent past).

I have always believed that we are a more bowling-dependent team than a batting-dependent one. By which I mean we have depended more on our bowling to get the job than our batting.

However in previous years we depended on the speed, power and swing of our fast bowlers, whereas today it is the spin that’s doing the job for us. Agreed, Cheema bowled the final over and won us the Asia Cup, but it was the spinners that strangled the “Bangali” runs and brought us back into the match.

You have to agree that although we have produced some brilliant spinners in the past – the likes of Saqlain Mushtaq, Abdul Qadir and Mushtaq Ahmed – they have always been over-shadowed by the Imran’s, Wasim’s and Waqar’s.

Over the last year and a half (or so) our spin department has suddenly been brought into the limelight. It could be because of the dearth of fast bowlers or just because we are producing better spinners now…that’s anyone’s guess. The team has been carried out of the rut that Salman Butt, Muhammad Asif and Mohammad Aamir got us into by (drum roll): Saeed Ajmal, Shahid Afridi, Mohammad Hafeez and Abdur Rehman.

Sure, Afridi has been around for a long time and has around 350 wickets to his credit, but earlier he was a batsman who could bowl a bit (batting all-rounder), but where he left off with the bat he continued with the ball and now he is considered a bowler who can bat a bit (bowling all-rounder).

Where is the Pace?

As of today, the pace department has been left up to Umar Gul and… well actually, it’s just him. I don’t want to hurt anyone’s feelings, but this bloke is not a particularly exceptional talent unlike his predecessors. I know he did perform in the T20s, but there is nothing special about his bowling and his record; just a bit more than a hundred wickets in each of the three forms and he has been playing for almost 10 years!

What’s that I hear? Wahab Riaz, Aizaz Cheema, Junaid Khan? I am not going to even dignify that with a retort!

The only good thing that’s happened to Pakistani fast bowling recently was Mohammad Aamir, and then all the bad things happened, and then he went to jail :(

The Future of our Pace Department – My Opinion 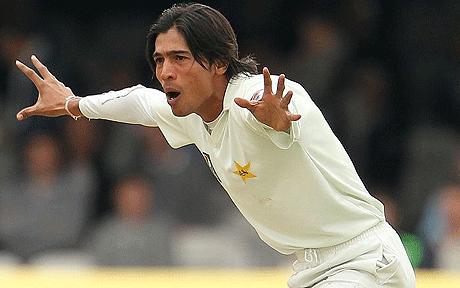 You really want to know what I think will happen?! (controversy, here I come!)

Well, I think Mohammad Aamir will make a remarkable come back to the international arena and live to be a legend. I can’t help it people, I just love the kid!