Pakistan has a rich history in art, and the personalities and works of its artists are almost as varied as the mediums they chose to utilize. Below is a list of some of these prominent artists/painters who contributed significantly to the art scene of the country. Ismail Gulgee is a celebrated painter of abstract art who was inspired by calligraphy and hence fully employed the bold undertones of Islamic design, all the while incorporating Arabic and Urdu lettering into the frenzies of color that were his work.

Better known as just Gulgee, the artist was born in 1926, Peshawar. While he longed for an artistic release since childhood, it was long before Gulgee could fully pursue his passion. In accordance with his parents’ wishes, he departed for his postgraduate studies in Engineering at Columbia University. It was then that he discovered his aptitude for abstract art and actively pursued it.

He holds the distinction of having accomplished the commendable feat of painting the entire Afghan Royal Family. He was also on the receiving end of a Hilal-e-Imtiaz and the President’s Pride of Performance, and twice in the case of Sitara-e-Imtiaz. Due to his immense popularity, an art gallery for Gulgee exists in Clifton, Karachi, where his work is showcased to fans of his art, while some of the paintings can also be purchased.

Syed Sadequain Ahmed Naqvi was a social commentator, prolific painter and brilliant calligrapher. Commonly known as just Sadequain due to his illustrious career and memorable work, he was considered not just a great artist for his own time but one that will be remembered for many eras to come.

Born in 1930, he hailed from a family of calligraphers; a fact clearly illustrated by his mastery over the art. In the late 1940s he joined the Progressive Writers and Artists Movement and went on to achieve great things. In accordance with this identity associated with the underdogs, he refused to paint for the rich and and sell to the well-off and instead focused on work that was to be showcased to the general public. Much of his artistic mastery can therefore be seen at Aligarh Muslim University, Lahore Museum and the Frere H

all Karachi. He was the driving force behind the renaissance of Islamic calligraphy in Pakistan and by making the then little known art form mainstream, he has since inspired dozens of artists. But of course, none have been able to truly emulate the unique nature of his work or the boldness of his strokes.

His work addresses social issues, and the struggle and development of mankind. His mural “Saga of Labor” at the Mangla Dam is a tribute to the working class who build a country, while the “Treasures of Time” at the State Bank of Pakistan, Karachi, depicts the intellectual advancement we have undergone since the times of Socrates. These two examples alone illustrate the areas of his interest; wide-ranging yet compact in nature.

He was awarded the Tamgha-e-Imtiaz, Sitara-e-Imtiaz and the President’s Medal of Honor by the Government of Pakistan, while France bestowed a Beinnale de Paris on him and Australia honored him with a Cultural Award.

d artists of the country. He therefore holds a very special place in the history of Pakistani art. He was the one to design the first indigenous Pakistani stamp issued in 1948 and is behind the logos of Pakistan Television (PTV) and Radio Pakistan which remain in use to this day.  Soon after the partition of the subcontinent, Chughtai’s paintings were often given to the visiting heads of states as souvenirs and tokens of goodwill. His work has hence been commended by the likes of Picasso, Allama Iqbal and Elizabeth II.

He descends from a family that is associated with the architectural designs of buildings as eminent as the Taj Mahal and Lal Qila. Born on the 21st of September, 1894, in Lahore, Chughtai formally studied art at the Mayo School of Art, now known as National College of Arts.

Chughtai was the creator of thousands of pencil sketches and 300 etchings. However, his 2000 paintings are his true masterwork and watercolors were the medium of his choice. He has received the Hilal-i-Imtiaz and the President’s medal for Pride of Performance, while his work is presently showcased at eminent places such as the British Museum, the United Nations Headquaters, Emperor’s Palace Bangkok, the US state Department, Queen Juliana’s Palace Netherlands and the National Art Gallery Islamabad.

Anna Molka Ahmed has the distinction of being the driving force behind the setting up of the Department of Fine Arts, which later grew into what we now know as the College of Arts and Design at the University of the Punjab.

Anna was born to a Polish mother and a Russian father in 1917 in London. She converted to Islam from Judaism at the age of 18. She then married a soon-to-be Pakistani before partition, and came to call Pakistan home, along with her two daughters, even after a divorce from her initial link to the country. As such, she i

s considered the first woman painter of Pakistan, who then opened the doors for many more to follow. Her success was a triumph for women artists in the country, and helped secure them a better footing in the traditionally male dominated field.

The skilled painter received her training at the St. Martin School of Arts, London, before imparting her vast knowledge to a future generation of artists in her capacity as a professor at the University of the Punjab. She was awarded the Tamgha-e-Imtiaz, Presidential medal for the Pride of Performance and the Khudeja Tul Kubra Medal. To commemorate the artist and her achievements, the Pakistan Post issued a stamp with one of her paintings and her portrait.

Ustad Allah Baksh is known for his brilliant brush strokes depicting the heritage and people of Punjab. He started out as a signboard and carriage painter, before going on to become one of the most eminent artists of the subcontinent.

In 1937, the Maharaja of Patiala, taken by the beauty of his paintings, invited the artist to stay in his palace to paint exclusively for the royal admirer. However, after the partition of the subcontinent, Allah Baksh left to live in Lahore in nascent Pakistan.

Like all great artists, Allah Baksh also had a medium of choice, and his true art are his numerous oil paintings. However, he didn’t shy away from water colors, tempera colors or pencil work and even chose to combine them all as he wished, even in the same painting. He also imparted lessons to his art students for no recompense.

The National art gallery has devoted a corner to his work and his studio has been converted into the Allah Bux Academy for artists to learn his craft. He has also been awarded the President’s Pride of Performance award. 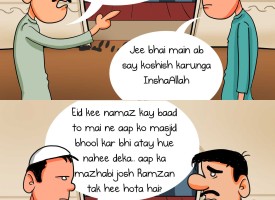 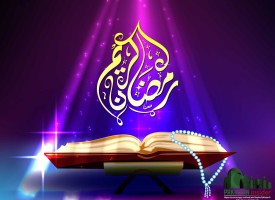 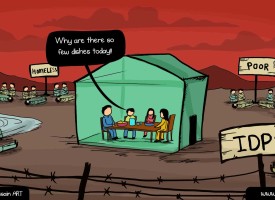 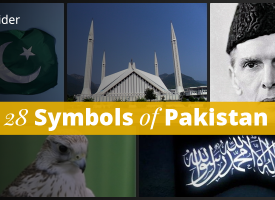 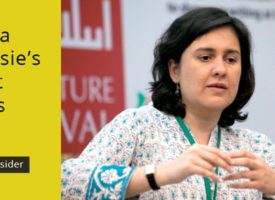