Pakistan holds many records in the world. Some man made, some achieved via great feats and some natural. To acquaint my readers with these, I have compiled a list of some of the interesting world records that Pakistan holds.

After the two holy mosques of Makkah and Madinah the largest mosque in the world is the Shah Faisal Mosque. Situated in the capital city of Islamabad, the mosque has a capacity of approximately 100,000 people.

The mosque was built in 1976 and was so huge that it could at that time hold the whole population of Islamabad which had recently been established as the Capital of Pakistan. Built with the help of the Saudi Government, it was named after one of their most popular kings – King Faisal – and was designed to emulate a desert tent.

Pakistan is also the owner of the record for the world’s largest canal based irrigation system.

This canal based irrigation system depends exclusively on the Indus River and its tributaries and was designed and built initially by the British. It was however, expanded in the 1960’s to become the largest.

Northern Pakistan is famous for its scenic mountainous beauty. Most of the world’s highest mountains are in Pakistan’s north, including K2 the second tallest.

The extreme northeastern part of Pakistan is host to the Karakorums, which have the world’s biggest permanent mass of snow and ice (Glacier) outside the poles.

The Nanga Parbat also has the deepest gorge in the world, which is off its north face. Considering the peak to base distance, the north face of the Nanga Parbat plunges almost 7,000 meters to the Indus River.

Very few people are aware of this. The Trango Towers are encountered while trekking up the K2. The Trangos stand tall looking like they guard the mighty glaciers. The biggest one of these towers called the Grand Trango has the world’s greatest nearly vertical drop; a drop of almost 1,340 meters.

These towers are a treasure for people who like extreme sports as they provide some of the most technical rock climbing and extreme BASE jumping opportunities.

There are many other such records that Pakistan holds such as having theworld’s largest biometric citizen database, or having the second largest salt mines in the world, these insha Allah will be covered in the subsequent posts.

Till then, be a proud Pakistani! 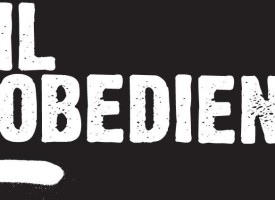 Poll: Do you support the Civil Disobedience camaign? 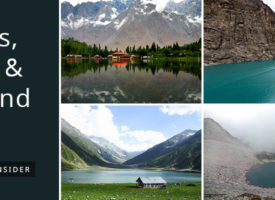