Chinese Company to pick up garbage in Karachi

The citizens of Karachi can anticipate a cleaner city and get rid of some of the garbage lying openly on the streets as Sindh government has finally taken an initiative to fix this issue. The provincial government has signed a contract with a Chinese company to collect solid waste from the city. The largest metropolitan has been haunted by excessive waste which has been contaminating the city for many years.

The estimated cost of this project is 2.5 billion rupees where 200 Chinese workers would be working in coordination with local workers to collect the garbage. The agreement has been signed between the Solid Waste Management Board (SMW) and a Chinese company Wuzung.

During the first phase of the project, garbage will be collected from the South and East districts of the city. In both these districts, waste will be collected from every house without any cost incurred by the residents. Later, the board is contemplating to expand this service to other parts of the city as well. Heavy cleaning machinery will also be imported from China. Moreover, in their efforts to foster a trend of cleanliness, dustbins and large containers will also be installed in different parts of the city to sustain this trend. The project will kick start from road cleanliness. 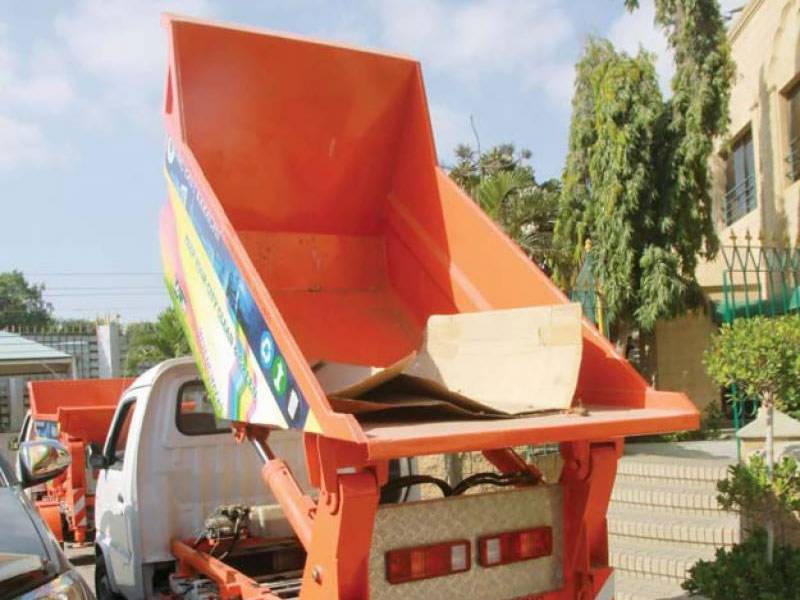 It is a gloomy fact that the city has been the largest taxpayer of the country yet the investment for its development has been minimal especially from health and hygiene perspective. Tag of wars between politicians and vested interests of the concerned parties have derailed this issue for so many years and now it has become a crisis. The current situation could not get worse as health hazards have reached alarming levels.

The government has failed miserably to contain this garbage where it is lying in open areas, grounds, roads and stays there for weeks or months. To add to the misery of the citizens, that garbage is burnt in bulk which emits enormous amount of harmful smoke in residential areas.

Although there is no accurate data which confirms the amount of solid waste being dumped in the city on a daily basis; yet an estimated figure quotes it to be in thousands of tonnes.

Ironically, the party leaders are calling it good news but it is still an imperative question that couldn’t local government handle the issue on its own rather than inviting an international firm to collect our own garbage.