The essence of Islamic banking lies in the rejection of interest for loaning of money and in only making investments in businesses that provide goods or services that are consistent with Islamic principles.  It is a relatively new field in modern banking.  The first Islamic banks appeared in the late 20th century with the help and guidance of world renowned Islamic scholars and financial experts to apply Sharia-compliant banking principles to private and semi-private commercial institutions around the world.

Islamic banking is commonly based around the following transaction modes, mentioned here with their traditional banking counterparts:

Some Common Criticisms of Islamic Finance/Banking

Islamic banking is far from perfect; therefore, it has drawn its fair share of criticism as well. The Islamic banking industry remains somewhat controversial to date and the question of whether or not Islamic banking is really Islamic remains a topic of discussion and a hot debates among the Islamic economists and bankers as well as among the general public.  Still, despite the criticism, it may still be a better alternative to traditional, interest-based banking.

Critics most commonly claim that Islamic banking essentially mimics conventional banking in terms of interest based financial transactions. They suggest that by simply renaming interest to “profit” or “compensation for deferred payment”, Islamic banks are only deceiving people into believing that they are complying with the Shariah (Islamic Law). In an article in late 2007, Mr. Salman Ahmed Sheikh claimed that there is basically no difference in the Islamic and conventional modes of financing. In his opinion, the only differences are procedural, which are minor and do not change the nature of the transactions.

In response, an influential Shariah scholar stated that the essence of Islamic financing lies in actual economic activity, and is therefore different from interest-based lending.  According to Reuters, Prof. Ali Al Qaradaghi gave an interview at the International Shariah Scholars Forum 09 (ISSF09), clarifying that the issue is the structure of these instruments and contracts and the burden of responsibility.  He further stated that the interest in interest-bearing loans is something that is guaranteed to the lender and he undertakes absolutely no risk at all.  In the Murabaha transaction for example, the bank undertakes responsibility if the commodity (such as a car) should be damaged or destroyed during the period.  Compare this with conventional car financing where the responsibility lies with the individual, not the bank.

By highlighting this key difference between Islamic and conventional banking, the scholar has also indirectly pinpointed one of the reasons why more nations have been looking into Islamic finance since the financial crisis.

Unlike traditional banking, Islamic banking can only be based on transactions whose source and objective is in accordance with Islamic law.  As a result, Islamic banks offer no support for projects that involve activities that are against Islamic teachings.  All transactions are purely based on halal investing and halal purchasing.

Conventional banking is mainly concerned with the elimination of risk from financial transactions, whereas Islamic banking places the burden of risk on the bank, while the labor responsibility rests with the customer.  Islamic banks bear the liability in their transactions with customers. On the other hand, conventional banks are not liable for any losses, which are fully borne by the customer. This difference stems from the Islamic law that any profit without bearing risk or liability is not permissible.

Islamic banking has a long way to go before it can be called Islamic in the true sense.  But there is a lot of work being done to improve Islamic financial products and to make them more relevant by fitting them into the capitalist economy, developing systems that allow Islamic banks to be fully recognized by financial regulatory authorities around the world, and to bring complete uniformity in the financial and accounting practices of these banks.

At this point, Islamic banking can only be considered the lesser of two evils. It is still a better alternative for those who try to adhere to Islamic law with the hope that one day they will have an Islamic banking system that cannot be degraded with the label of “imperfect”. 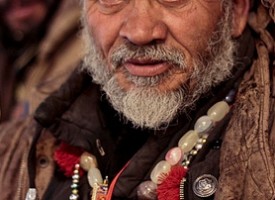