Did you know that 46 airforce veterans of World War II from Poland contributed to Pakistan’s aerial defence? One exceptional Polish officer’s profile is presented here for your information.

Władysław Józef Marian Turowicz (Władysław Turowicz) was a renowned aeronautical engineer and military scientist. He was born to Polish parents in Zubir, Siberia, in 1908.

Turowicz was fascinated by aviation technology since childhood. He had a large collection of aircraft models of various shapes and sizes. After graduating from high school, he decided to pursue his lifelong dream of flying by moving to Warsaw, the capital of Poland. In 1920, he enrolled at the prestigious Politechnika Warszawska (Warsaw University of Technology), obtaining a major in Aeronautical Engineering. He later pursued Masters and finally a PhD with honours in the same discipline in 1926. A year later, he obtained an additional MSc in Astrodynamics from the same institute. 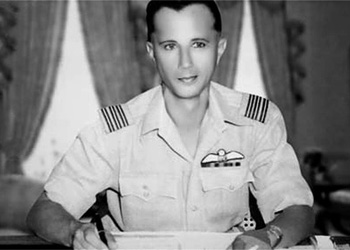 Imbued with intellectual and technical prowess, Turowicz was commissioned into the Polish Air Force. He later emigrated to the UK where he joined the coveted Royal Air Force (RAF) in 1930 as a reserve pilot. He had a stint flying the Handley Page Halifax bomber aircraft during World War II. Taking advantage of his in-depth technical knowledge, his superiors in the British airforce appointed him Technical Inspector in the RAF Aeronautics Division where he supervised the organization, testing and evaluation of aircraft and their electrical systems.

After the war ended, Turowicz was hesitant to return to his family homeland in Poland. Negative attitudes were prevalent against Poles (Polish citizens) who had served with the Allied forces. The situation only seemed to worsen with each passing day. Concerned about their future prospects, many of these war-tested Polish Air Force officers moved to attractive destinations in the US, Australia, Norway and Canada.

Interestingly, Turowicz and 45 of his colleagues opted to relocate to a country that was a rather new entry on the world map: Pakistan.

Near the end of 1948, these 46 officers (including Turowicz) moved to Drigh Road Base in Karachi (then capital of Pakistan) on 3-year contracts signed through the office of Commander-in-Chief of Polish Air Force. Initially, they established technical institutes in Karachi. Turowicz later helped restructure the nascent (ex-Royal) Pakistan Air Force Academy as an Instructor and Chief Scientist. His colleagues assisted him in imparting specialized technical training to Pakistan Air Force (PAF) technicians. 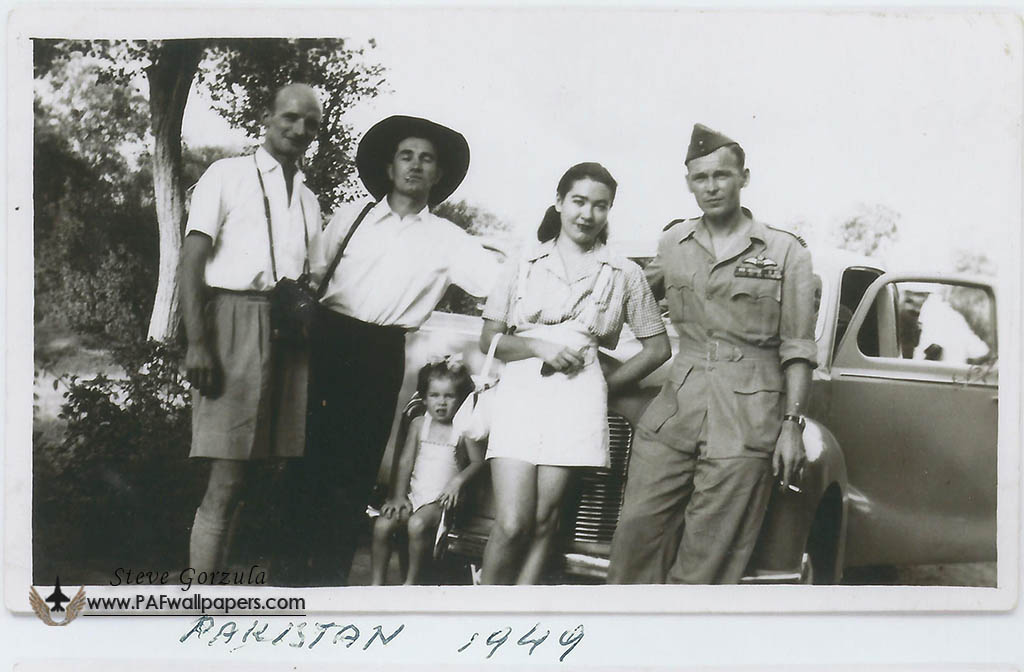 A timeline of Turowicz’ early promotions in PAF:

In 1965, the first major Indo-Pak War broke out. As veterans of World War II, Turowicz and his fellow Poles had sufficient experience in aerial combat. They flew the legendary F-86 Sabres and joined their Pakistani comrades in defending Lahore’s skies against the invading Indian planes. After the war ended, Turowicz and his colleagues were hailed as national heroes in Pakistan. Along with his comrade Squadron Leader Anotnii Zbigniew Jedryszek, Air Commodore Turowicz and other Polish pilots were awarded the Sitara-e-Pakistan. During a grand ceremony in Pakistan’s new capital Islamabad, then President (Field Marshal) Ayub Khan granted honorary citizenships to these Polish officers for their bravery and sincerity in helping Pakistan in its hour of need.

It seems fate had once again decided to keep Turowicz away from combat flying. His deep fascination with Russian and American space programs came to the knowledge of his peers. Five years after the establishment of Pakistan’s national space agency, Space and Upper Atmosphere Research Commission (SUPARCO), Turowicz was sent as a Chief Scientist and Aeronautical Engineer. Along with his friend Dr Abdus Salam, Turowicz met President Ayub Khan. They briefed him in detail about the necessity of having an indigenous space program and the multiple technological-military benefits it could yield. Turowicz had earlier shared his enthusiam for Pakistan’s envisoned space power with another friend and noted atomic physicist Dr Ishrat Hussain Usmani (I.H. Usmani). He foretold of an era in which pakistan would possess high-tech satellites and high-powered rocket technology. He also shared his excitement of a day in which Pakistan would launch its first satellite.

Being an experienced military commander himself, President Khan not only agreed with Turowicz and Salam’s proposal but also sent them for consultative meetings with officials at NASA. The confidence which Turowicz exhibited while talking with his American counterparts convinced the Nixon administration to invest and train Pakistani scientists in the field of rocket technology. Turowicz is generally credited for establishing rocket fuel factories and rocket technology research institutes and labs in Pakistan. Furthermore, he was Chief Designer of the Sonmiani Satellite Launch Centre based in the coastal city of Sonmiani in southeast Balochistan. NASA had extensively used this facility to conduct its own space and rocket technology research during the Cold War period when Pak-US ties were at their peak.

Just a year later (1967), Ayub Khan appointed Turowicz as head of SUPARCO. It was a reflection of the immense confidence which the President of Pakistan had on Turowicz’s abilities. History would record that Ayub Khan had made not just the right but the perfect choice.

On assuming his new charge, Turowicz oversaw the speedy development of Rehbar-II, Pakistan’s weather satellite. Few people know it Turowicz himself had designed its main architecture. Rehbar-II was successfully launched from Sonmiani with a payload of 80 pounds sodium. It streaked till approximately 130 km into the atmosphere.

During his services to SUPARCO, Turowicz concurrently remained a part of PAF. By the end of his headship at SUPARCO, Turowicz had become an Air Marshal. Dr Salam requested President Ayub to retain Turowicz’s services for SUPARCO. By a special presidential decree, Air Marshal Władysław Turowicz was appointed head of SUPARCO’s Aeronautical Engineering Division. This was a forte in which he was an expert. It proved to be a monumental decision in boosting Pakistan’s national space program for decades to come. In his newfound capacity, Turowicz upgraded the Sonmiani Satellite Launch Centre and launched a Flight-Test Control Command, Launch Pad Control System and System Engineering Division.

By the end of 1970s, Air Marshal Turowicz focused on the academic development of future Pakistani space experts. He helped set up an engineering institute in SUPARCO. Besides efforts by his students, Turowicz would himself regularly write scientific research papers and articles on long-range rocket system and technology. For his meritorious services to Pakistan’s space and missile program, Air Marshal Władysław Turowicz was conferred with the Tamgha-i-Khidmat (Military).

In 1974, then Prime Minister Zulfiqar Ali Bhutto formally initiated “Project-706”, also known as “Project-726”, Pakistan’s equivalent of the Manhattan Project. It was the brainchild of Dr Abdus Salam carried forward by Dr Munir Ahmad Khan and later Dr Abdul Qadeer Khan to develop nuclear weapons for fears that India might once again try to dismember Pakistan after the separation of East Pakistan in 1971.

Air Marshal Turowicz was tasked with the responsibility of developing a sophisticated missile program capable of carrying nuclear weapons. In discussions with contemporaries in SUPARCO and the Pakistan Atomic Energy Commission (PAEC), Turowicz detailed salient features of his proposed indigenous missile program. As a result, the Hatf Missile Program emerged in 1977 under his able guidance. Difficulties in materials procurement compelled Turowicz to set up a solid rocket fuel booster facility near Lahore for local production. Within a year, he also successfully established a missile and rocket facility near Lahore. He was responsible for the development of electronic delivery systems and inertial turbine enginers for the rocket. Unfortunately, this was a period marked by severe political turmoil. Bhutto had been executed and General Zia-Ul-Haq had taken over. Turowicz and his team had to wait for several years before their hard work could materialize in operational form.

Air Marshal Władysław Turowicz died in a car accident on January 8, 1980 along with his brother. Both were buried at the Christian Cemetery in Karachi where Turowicz was laid to rest with full military honors by Pakistani and Polish military authorities. Mr Kazimierz Maurer, then Consul General of Poland in Karachi and senior PAF, Army and SUPARCO officials were among those who attended the funeral. The Government of Pakistan issued a condolence letter to his family, stating that Air Marshal Władysław Turowicz was an outstanding airforce officer, military scientist and important contributor to Pakistan’s strategic program. 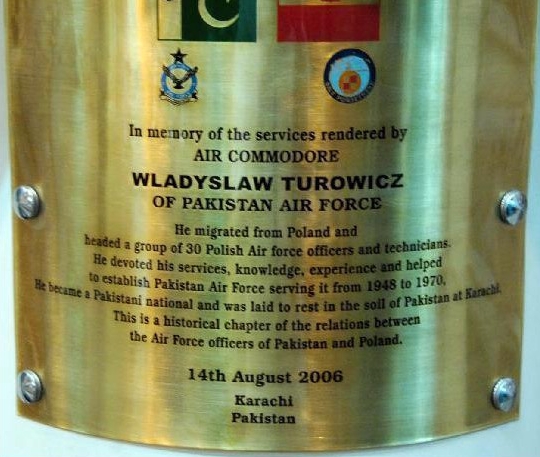 Nine years after his demise, Pakistan finally tested the Hatf missile from the Sonmiani Satellite Launch Centre, one of the last projects he tirelessly worked on with his team.

It was during graduate studies at Warsaw that Turowicz met his future wife Zofia. She joined Turowicz with their two daughters in 1949 (few months after his arrival) where a third daugther was born. Two of his daughters married Pakistani while a third was wed to a Bangladeshi.

In 1955, Turowicz’s son was born in Karachi. It is said that he is also working in SUPARCO but this cannot be independently verified as of yet. Mrs Turowicz was also an amazing personality in herself. She taught Mathematics at the Karachi American School and later in University of Karachi as well. Most interestingly, she also trained PAF’s Shaheen Air Cadets in Karachi and later Rawalpindi.

After retirement and before his sad demise, Air Marshal Turowicz spent most of the time occupied with his grandchildren who brought him great boy.

It can arguably be said that no other foreign individual had the high level of involvement and impact on Pakistan’s national strategic programs as did Air Marshal Turowicz. His historic and selfless services to the Pakistani nation will always be remembered with deepest respects. It also laid the foundation of strong diplomatic ties between Pakistan and Poland.