The aircraft is a twin-engine multi-role fighter jet which can swiftly execute a variety of missions including aerial interdiction, reconnaissance, deep strikes in adversarial territory, anti-ship attacks and nuclear deterrence. It was originally launched in 2001 with a long-term view to provide carrier-based operations for the French Navy.

Features that are common to both Qatar and the Indian Rafale fighters are primarily the RBE 2-AA AESA radar, SPECTRA self-protection suite, the IFF (Identification, Friend or Foe) system, Elbit’s TARGO-II Helmet Mounted Display System, and such as the Meteor BVRAAM, Mica air-to-air missile, and SCALP air-to-ground long-range cruise missile. Anyone who flies the aircraft will obviously become familiar with its performance and operational envelope of systems and weapons.

It is quite obvious that Pakistani pilots will fly all these aircraft being procured by Qatar. It is irrelevant whether they have been trained in France on the Rafale. In all likelihood, they would have. We must factor this in our calculations.

French outlets including its Ambassador to India were compelled to dismiss the likelihood of any such indications.

The question still remains, is Pakistan involved in the Rafale training programme? 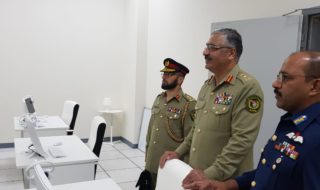 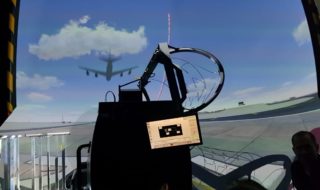 The above tweet clearly indicates Pakistani involvement in technical training of the Qatar Emiri Air Force not only on Rafale technology, but also the Mirage, another French aviation product used extensively by the IAF.

India will be concerned about Pakistani military officials’ familiarisation with the core (standard) technologies inherent in Rafale aircraft. Can the IAF ensure air superiority in light of the fact that its adversary is fully cognisant about the technological prowess and limitations?

They should be aware that Pakistan is already a step ahead.