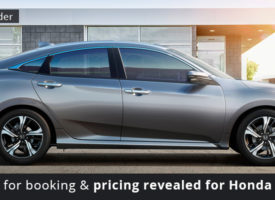 Ever since Honda Civic 2016 has made its mark, there has been plenty of buzz in the air about the same. There are speculations. There are rumors. There is strong anticipation among car enthusiasts. The public response for Honda Civic 2016 so far has been immense and the dealers did not anticipate the demand projected and exhibited by car lovers. According to a report from Honda City Sales Department, a 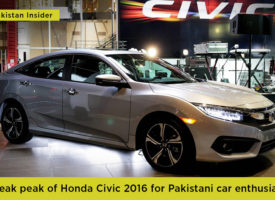 BIGGER! BETTER! PRETTIER?? Impressive features, drastic changes and a revamped shape are just a few words to describe the much anticipated model of new Honda Civic 2016. Although Honda enthusiasts are all praises about the 10th generation Civic X but some of them have shed some light on a few drawbacks as well. Although the company tried to keep it very hush hush but some lucky ones attended the private

The craze for bikes, especially in Pakistan, is majorly found among the youth. There is some good news for bike lovers as Italian motorcycle, Benelli and a Hungary motorcycle, Keeway, have been launched in Pakistan. In an event that was held in Lahore at Faletti’s Hotel, Buraq Automobile brought the smile on the faces of all the bike lovers in Pakistan and ended the teasing phase by officially launching 2

Japan is the primary exporter of used cars in Pakistan. The number of cars that Pakistan imports is astonishing. As many as 30,000 cars are imported every year. The Government of Pakistan has decided to put a check on it and therefore has tightened the procedure on the import of used cars in the country. Thoughts have been given to this decision in the light of discouraging misuse of Commerce

The new model of Honda Civic 2016 was launched worldwide in 2015. The 2016 Honda Civic is a front engine, front wheel drive, subcompact sedan. The 10th Generation Honda Civic introduces a new design language as well as a range of cleaner, more powerful and more efficient engines. The Honda Civic 2016 is available in 4 variants LX, EX, EX-T and EX-L. Are you excited to get your hands on 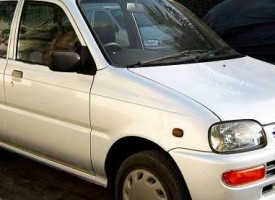 5 Cars Made For the Pakistani Road

Ladies and gentlemen, boys and girls and children of all ages. The post you have been long awaiting is finally here; a post about cars! There are cars of all shapes and sizes available in the Pakistani market today. You can still get a 70’s ki Datsun, or a Land Cruiser from Chaman, or a Mercedes from the sleek Merc showroom. But the question arises, what is the best car