Since the abrogation of Articles 370/35-A by the BJP government in India, a certain batch of hyper-nationalist Twitter handles have been observed posting misleading disinformation against Pakistan.

The support which these selected accounts receive is not limited to the general populace. In fact, several public figures have been observed interacting with them. While a plethora of such accounts exist, focused investigations have enabled shortlisting of only those accounts which have the most influence.

Pakistan Insider has initiated a series to highlight available details of these handles in the interest of public benefit and also with hopes that local authorities can initiate due legal action against their activities. Relevant datasets have been uploaded accordingly. 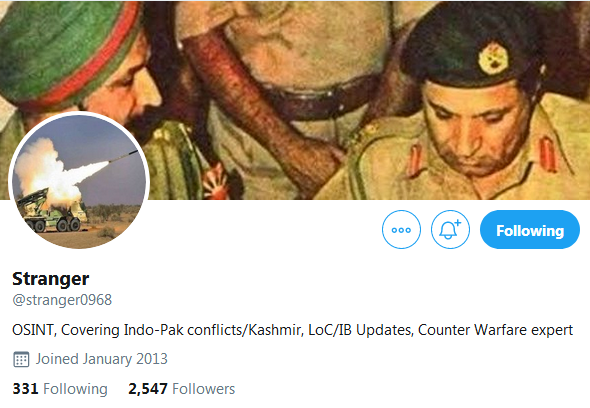 Description: The account is mostly involved in posting “claims” and “reports” related to Pakistan Army’s casualty figures and border activities. Bashing of Pakistan’s Inter-Services Public Relations (ISPR) is also part of its mandate. It is part of an influential RUMINT circle intended to amplify pro-conflict hysteria and positively project Indian military’s propaganda narrative against Pakistan.

I have decided to help families of martyred troops of pakistan army who are not given due respect by ISPR. They can contact me if DGISPR doesnt listen to them. Meanwhile, a new thread will be started from hereon reporting pak army casualities hidden by ISPR. 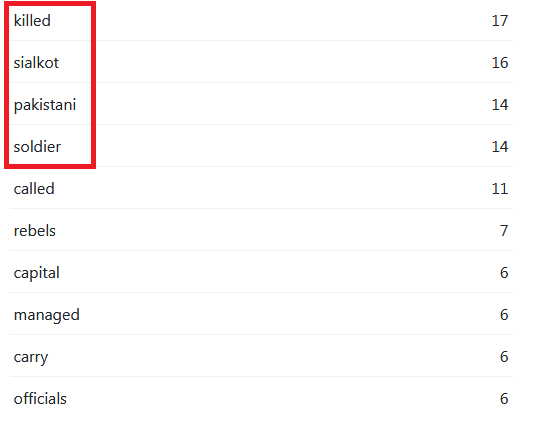 figures represent frequency of word use 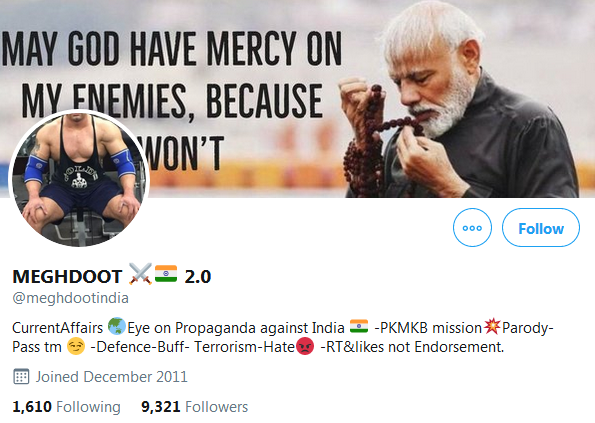 Description: The account is mostly involved in targeting Pakistan and domestic tensions within especially projecting negativities regarding ethnic minorities. It is part of an influential RUMINT circle intended to amplify pro-conflict hysteria and positively project Modi government’s propaganda narrative.

Update
~CFV in evening by Pak at Keri and Battal area LOC of Sunderbani sector of distt. Rajouri
~Unconfirmed reports of 120 used by pak to Target Civillian areas which was responded effectively by 150
~ Casualities are there

coloured figures represent percentage of use 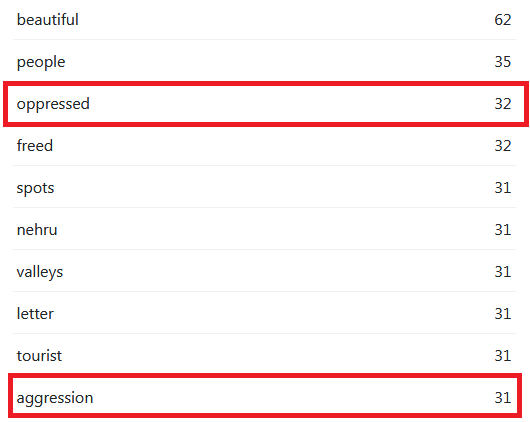 figures represent frequency of word use

Noteworthy Observation: R.K. Yadav, a retired RAW officer and regular Pak-basher, is among the prominent followers [Video]. A short video of the handle’s timeline can be accessed here.

Further handles will be scrutinised in Part 2.