Since the abrogation of Articles 370/35-A by the BJP government in India, a certain batch of hyper-nationalist Twitter handles have been observed posting misleading disinformation against Pakistan. The support which these selected accounts receive is not limited to the general populace. In fact, several public figures have been observed interacting with them. While a plethora of such accounts exist, focused investigations have enabled shortlisting of only those accounts which have

Pakistan Armed Forces are fighting an “amorphous” enemy, as former army chief General Kayani used to say. This enemy manifests itself in various forms, at various places and through a variety of mediums. Operation Zarb-e-Azb will complete its second year in coming June and the National Action Plan (NAP) promulgated by the political-military leaders will also complete its second year in December. A key question being asked by observers, analysts 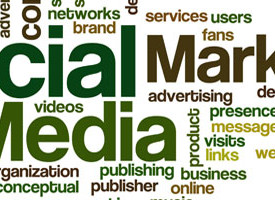 How to Use Social Media to Promote Your Website or Blog

We’ve seen a lot of advances in the last ten years, most notably how the Web has influenced communication. Some of the things we use today and couldn’t imagine living without didn’t even exist just a few years back. So let’s take a look at ten of the biggest technology startups of the last decade. Most companies on this list are related to the huge growth in social media. Are