A seven nation snooker championship successfully concluded in Pakistan on March 9, 2012.  The international event commenced on March 4 with prize money of $2000 for the first place and $1000 for the runner up.  The championship included players from Pakistan, India, Iran, Thailand, UAE, Egypt and Bahrain.  It was a very well planned and organized event with 20 players from seven nations.

A Breakdown of The Players

The players were divided into four groups:

Glimmers of Hope from Pakistan

Pakistan placed high hopes in Muhammad Sajjad and Sohail Shehzad but they could not live up to their nation’s expectations.  Several excellent performances and upsets were witnessed during the championship.  Pakistan suffered two huge blows earlier in the tournament when Naveen Perwani was whipped by Hossein Vafaei Ayouri of Iran.  Ayouri easily beat Naveen in four straight frames: 73-59, 69-24, 96-0, 107-37.  Then it was Sharjeel Mahmood’s turn to be leveled by Noppon Saengkham.  The next round brought good news for Pakistan when Muhammad Sajjad and Muhammad Asif moved into the semi finals.

In the other semi final, lady luck chose not to smile on Muhammad Sajjad and he lost to Vafaei when he was leading and needed only one frame to win.  Sajjad had a 5-3 lead but the 9th frame belonged to Ayori when he had a break of 80, finishing the frame 88-17.  This was the beginning of the end for Sajjad, as he lost the following frames also.  It was quite unsettling for Sajjad, as he told media, “I was thinking too much about victory after I pot the cherry but the emotions got the better of me.”

The final of the tournament between Thepchaiya Un-Nooh of Thailand and Hossein Vafaei Ayouri of Iran was a nail biter.  The story of the semi-final between Sajjad and Vefaei was repeated, only this time, Vafaei was the recipient of the short end of the stick.  In the thirteen frame final match, Vafaei was leading 6-4 and was within arm’s reach of the victory, when he needed only one frame from the final three frames.  He started out 4-0, and then Thepchaiya clinched the next two frames.  Afterward, Vafaei won another frame but his Thai opponent wasn’t ready to give up and grabbed another frame.  When Vafaei won the 10th frame, it seemed like the crown was his.  But this is where his run ended and Thepchaiya wrapped up the championship with a stunning 92 point break in the final frame.  He won 61-83, 44-80, 0-75, 28-69, 59-28, 57-54, 52-65, 80-50, 78-30, 19-87, 76-42, 91-36, 92-0. 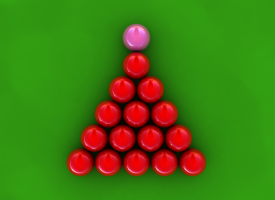 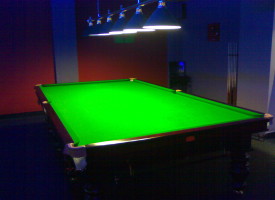 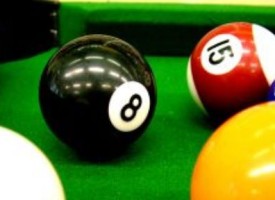