Chief of Indian intelligence agency RAW, Arnab Goswami, made international headlines when he announced findings which confirmed the presence of Daesh leader Abu Bakar al-Baghdadi in Karachi, Pakistan. Goswami, who was wearing a special grey-colored formal suit with a red tie (indicating alarm), held an unannounced press conference in New Delhi after paying handsome bribes to his former colleagues in the media for uninterrupted coverage. “I can say with satisfaction

In what appears to be a significant step forward in Pak-Russia security ties, Commander-in-Chief of Russian Land Forces Col Gen Oleg Salyukov announced on January 22 that his troops will be participating in the first ever army exercises in Pakistan. The yet unnamed exercises with Pakistan, according to Salyukov, are “special mountain drills”, a probable reference to high-altitude warfare training involving special forces from both countries. It is yet unclear

In developed countries, law enforcement agencies and citizens who are mindful of their social obligations form liaison committees to share useful information with each other; especially during investigations. In Pakistan, the most famous example quoted in the media is that of Citizens Police Liaison Committee (CPLC) in Karachi. Unfortunately, this forum became heavily politicized by a certain political party which is known to have militant leanings. Its presence in just 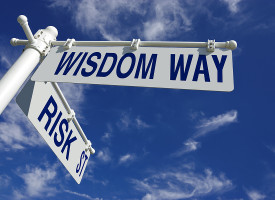 The Wisdom of Letting Go

By letting it go it all gets done. The world is won by those who let it go. But when you try and try, the world is beyond the winning. – Lao Tzu Are you trying to achieve something? Most people want to move on – they want more money, a better job, a better deal for their kids. There is nothing wrong with these aspirations – they are healthy