If you are on Facebook or Twitter, or just plain alive, I am sure you are aware of the ‘Ice Bucket Challenge’, or the ALS Ice Bucket Challenge. The challenge is simple, a person nominates another to pour a bucket of ice water over their heads while being filmed. If the person does not complete the challenge in 24 hours, he/she has to donate $100 towards helping ALS research. What

The Australian PM Abbott has a planned visit to India next month. This visit is not like similar visits though. This one has a very important agenda point on it. After months of debate, the Australian PM is expected to sign a deal to export Uranium to India. Australia recently has confirmed uranium resources that total one third of the world’s recoverable low-cost uranium. It currently sells this nuclear fuel

Everybody knows what’s happening in Gaza. The massacre of civilians – innocent men, women and children – by the Israelis and the world’s silence on the matter. I have actually heard some ignoramuses argue that it was Hamas that started all this by firing rockets. Why are the Gazan’s Fighting? Firing rockets? Gaza has been under a vicious siege for years. The people of Gaza have no access to clean

Pakistan is blamed for the miseries of Afghanistan ever since its creation and today it has become a fashion for our pseudo intellectuals to bash Pakistan in regard to its Afghan policy without questioning the Afghanistan’s Pakistan misadventures since 1947. While intellectuals and opinion-makers from religious right to secular left are critical of Pakistan’s historical stance on Afghanistan over various issues, there seem to be a total consensus inside Afghanistan 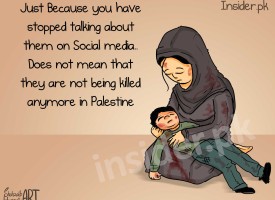