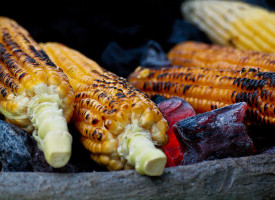 Let me be frank with you. I am not a young man or a teenager in college, or even a university student. I am a middle aged man and today I want to write about my life growing up. Yes, during the 80’s and the 90’s! And yes when there were no mobile phones nor any internet! You must have seen the posts floating around on Facebook that we 80’s

Pakistan has always been a home to natural disasters as well as political instability. Since 1947 we have been facing wars, partition, water and food crisis, health issues, terrorism and unstable government. I always remember my grandmother, when we all were able to shift to our separate homes she still kept her wooden box in her mud house although she had been living with us in a much bigger cemented

One of the things that is supposed to make us walk the right path is the fear of Akhirah, the Day of Judgment; when Almighty Allah will judge our actions and decide where we are to spend the rest of eternity. Either enjoying the breathtaking gardens and rivers of Jannah, or roasting for our sins in the burning dungeons of Jahannam. Where we will end up is our decision, and

Hajj is one of the five pillars of Islam. Hajj is a very important and complex ‘ibadah. For people performing Hajj this year and for everyone who wants to know, below is a description of how Hajj is performed. Hajj is performed in three ways: Ifraad Qiraan Tamatu’ All three variants are very similar so to make them easier to understand we have described ifraad in detail and will highlight 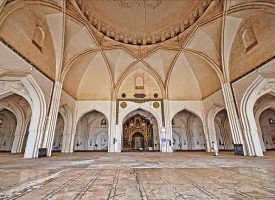 Arabs used to travel to the Indian subcontinent even before the advent of Islam and the Prophet (SAW).  Traders would take their goods by sea to the west coast of present day India to sell their spices, gold, and African goods. This contact between the Arabs and the shores of India naturally brought this budding religion to India. The First Foothold The major incursion of Islam into the Indian subcontinent

If you are on Facebook or Twitter, or just plain alive, I am sure you are aware of the ‘Ice Bucket Challenge’, or the ALS Ice Bucket Challenge. The challenge is simple, a person nominates another to pour a bucket of ice water over their heads while being filmed. If the person does not complete the challenge in 24 hours, he/she has to donate $100 towards helping ALS research. What