“From Saba, the woman in my film who remarkably survived an honor killing and shared her story, to Sheila Nevins and Lisa Heller from HBO, to Tina Brown, who supported me from day one. To the men who champion women, like Geof Bartz in my film, who’s edited the film, to Asad Faruqi, to my friend Ziad, who brought this film to the government.

To all the brave men out there, like my father and my husband, who push women to go to school and work, and who want a more just society for women,” expressed Sharmeen Obaid Chinoy in her Oscar acceptance speech.

Feb 28, 2016 was a big day for Sharmeen.  She was awarded her second Oscar for her documentary “A Girl in the River: The Price of Forgiveness,” which is about an honor killing survivor from Pakistan.

Ordinarily, this would be a joyous occasion with accolades flying right and left.  It was so, but not without some spice.  Hey, what’s life without a little controversy?  The subjects of her two Oscar-winning documentaries have made her a controversial figure.  Let’s see the good, the bad and the ugly from social media.

The Bad and the Ugly 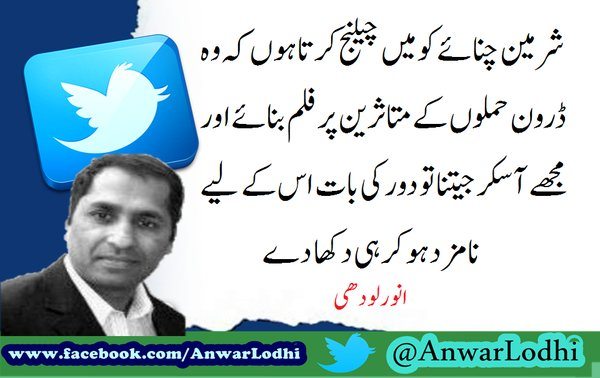 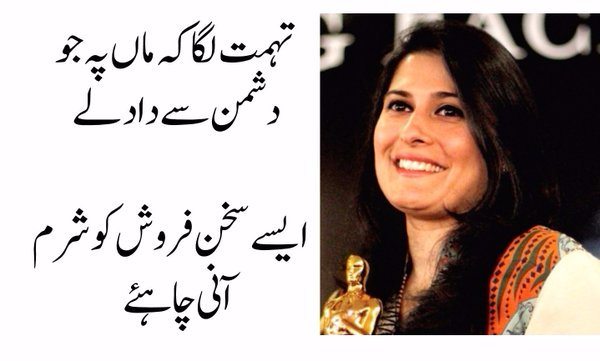 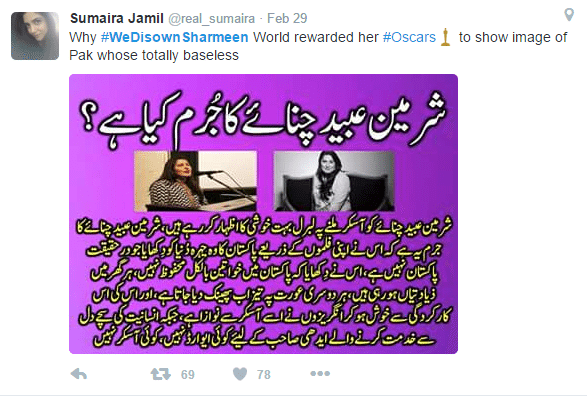 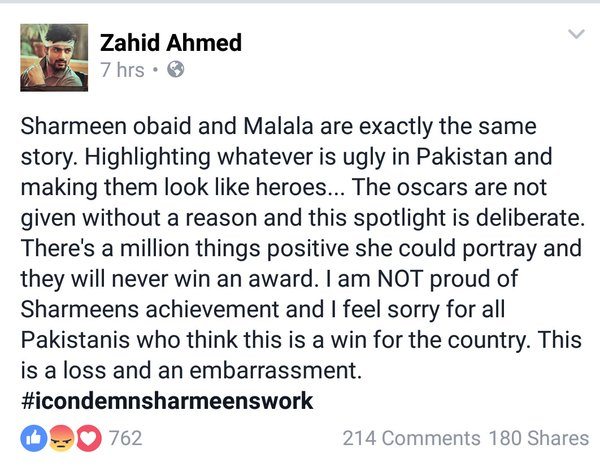 Some Cheers from the Home Crowd

But the response wasn’t all bad… here are some cheers…

#WeDisownSharmeen? We? Who? The same brigade who propagate against Malala? The same who are against Women protection bill?

Sharmeen didnt throw acid on the victim in Saving Face nor did she shoot & throw A Girl in the River. She only gave a voice to the voiceless 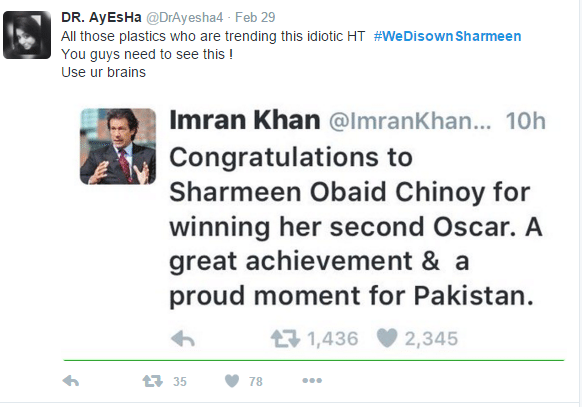 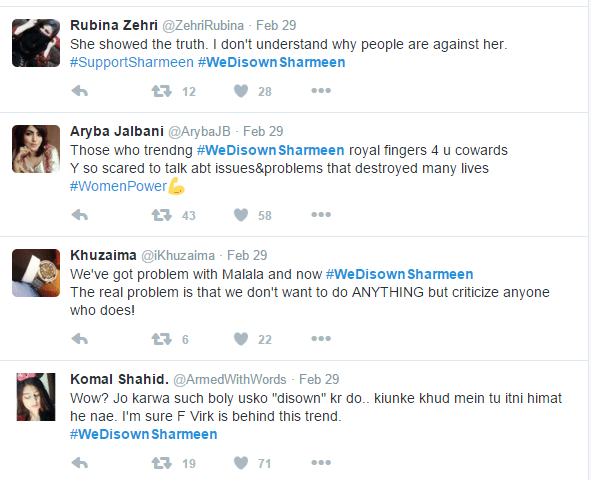 Judging from the comments you have seen, we know that this discord will never be settled. However, we would like to bring some perspective to this matter.

People who are saying that Sharmeen should portray something positive from Pakistan in her next documentary (probably won’t win an Oscar) make a valid argument. But people! people! Haven’t you learnt by now that controversial stuff creates buzz and that’s what keeps media alive and kicking.

We shouldn’t get mad at Sharmeen because she only exposed an ugly truth. Most of us lament Pakistan for such issues every day in our drawing rooms and on street corners.  She just aired this laundry to a wider audience.